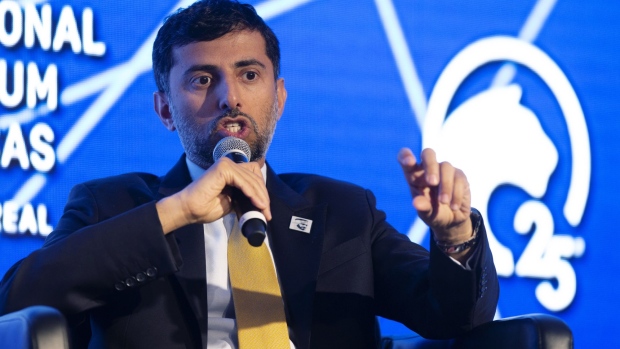 Al-Mazrouei’s view chimes with comments from his Iraqi counterpart, who said Sunday that the market will remain in balance through the first quarter of next year -- with oil hovering around $70 a barrel -- if OPEC+ keeps its plans. The 23-nation group has agreed to add 400,000 barrels a day of production every month as the global economy recovers.

“We have a plan and it is working, and I don’t see any reason why we should deviate from that,” Al-Mazrouei said at the Gastech conference in Dubai. OPEC is not “concerned about a surplus” in the second quarter of 2022, he said.

Iraqi Oil Minister Ihsan Abdul Jabbar expects the Organization of Petroleum Exporting Countries and its partners to stick to plans for a November crude-production increase if prices stay at current levels, though it’s too early to determine the result of the group’s next meeting on Oct. 4, he said.

Benchmark Brent crude is currently trading around $75 a barrel, up 45% this year.