Gold will extend its winning ways as the U.S.-China standoff harms growth, risking a deeper slowdown and inviting more central-bank easing, according to UBS Group AG, which jacked up price forecasts with a prediction the precious metal may hit US$1,600 within three months.

“The trade war between the U.S. and China has escalated to a new level,” Giovanni Staunovo and Wayne Gordon, analysts at the wealth-management unit, said in a report received on Monday. “Gold has demonstrated its safe-haven qualities and we stay long the metal, a trade we initiated in mid-May.” 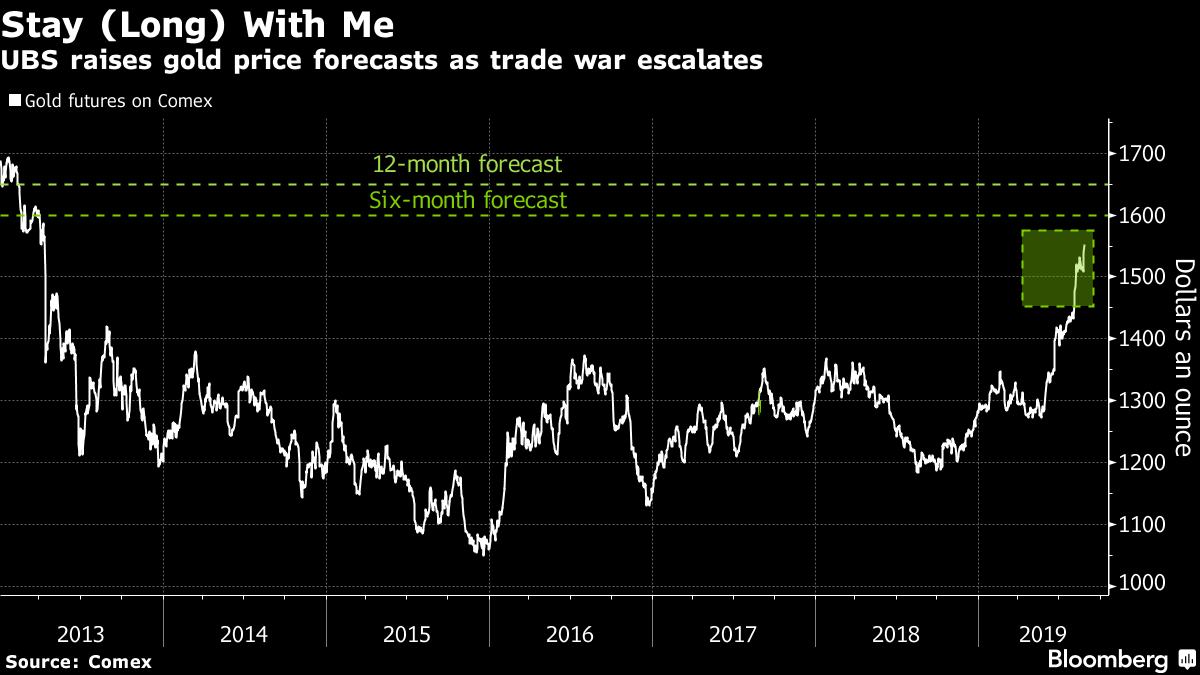 Gold is proving its worth as a haven this year as the two largest economies trade blows, with a significant escalation on Friday, followed by more hard-line remarks from President Donald Trump over the weekend. The Federal Reserve reduced interest rates last month as risks mounted, and some U.S. policy makers have stepped up their warnings about the outlook in recent days.

Futures pared gains in an abrupt move on Monday after earlier rallying as much as 1.8 per cent to US$1,565 an ounce, the highest since 2013. The shift was triggered by a comment from Trump that China now wanted to reopen talks.

“The main risk to our call is a back flip by Trump or concessions and deescalation by China, paving the way for a trade deal ahead of the U.S. presidential elections in 2020,” the UBS analysts said.