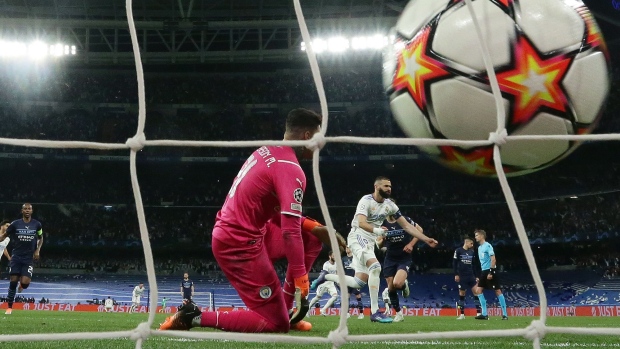 (Bloomberg) -- UEFA has paused plans for a multibillion-euro rescue fund it was putting together to help European football recover from the impact of the pandemic, according to people familiar with the matter.

The European governing body for the world’s favorite sport had been working on the roughly 6 billion-euro ($6.3 billion) package for around a year and lined up US bank Citigroup Inc. to arrange the financing.

But problems thrashing out the details of how the fund would sit within UEFA and how money would be distributed to clubs have brought discussions to a halt, the people said. UEFA is keen to avoid conflicts that could arise from both overseeing teams and potentially providing them with money, the people said.

Talks may resume at a later date and the fund could still go ahead, according to the people, who asked not to be identified discussing confidential information. UEFA is weighing alternative options including a joint venture with another body or a separate board to manage the funds, one of the people said.

Citigroup will only get its full advisory fee if the fund goes ahead, another person said. A representative for Citigroup declined to comment, while a spokesperson for UEFA didn’t immediately respond to requests for comment.

The rescue fund formed part of a multi-pronged strategy by UEFA to assist clubs after more than a year of stadium closures, as well as falling broadcast revenue, during pandemic lockdowns. The plans included an emergency funding facility, a separate pot to guard against future crises and new rules on financial fair play, Bloomberg reported last year.

The European football market contracted for the first time since the financial crisis in the 2019/2020 season, according to a report from Deloitte, as the coronavirus pandemic brought some of the world’s prestigious clubs, including Spain’s FC Barcelona, to heel.

This caused some to try to boost and safeguard future revenue by breaking free of UEFA’s Champions League to form a new European Super League. The plan, which was backed by financing from JPMorgan Chase & Co., collapsed in a matter of days in April 2021 after fierce backlash from fans and politicians.