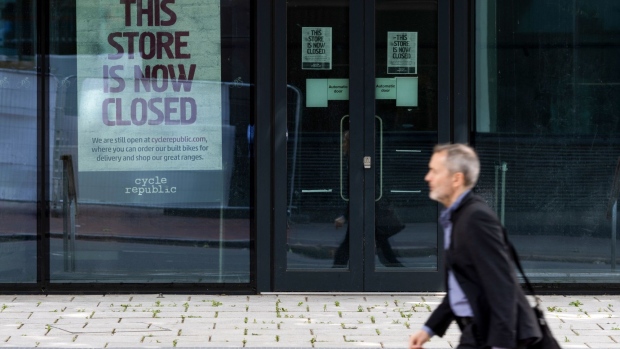 (Bloomberg) -- The number of UK companies at risk of collapse rose by more than a third in the second quarter as surging inflation continued to erode margins.

Almost 2,000 companies were in critical financial distressed as of the end of June, 37% more than the same period last year, according to a report from insolvency practitioners Begbies Traynor. The jump is also due to a catch-up effect after pandemic-related relief ended and courts tackled a backlog of registering claims for unpaid debts.

Meanwhile, the number of companies filing for insolvency in England and Wales last quarter rose to the highest since 2009, according to data released on Tuesday by the UK’s Insolvency Service.

The situation is expected to get worse, with the Bank of England saying on Thursday that the country is likely to enter the longest recession since the financial crisis. The BOE also boosted its forecast for the peak of inflation to 13.3% in October amid a surge in gas prices, and warned that price gains will remain elevated throughout 2023.

“Having emerged from the pandemic, many companies were hoping for an economic boom,” said Julie Palmer, partner at Begbies Traynor. “But that has simply fizzled out, as supply chain issues and the invasion of Ukraine have taken their toll by driving up raw material and energy costs and reducing both business and consumer confidence.”