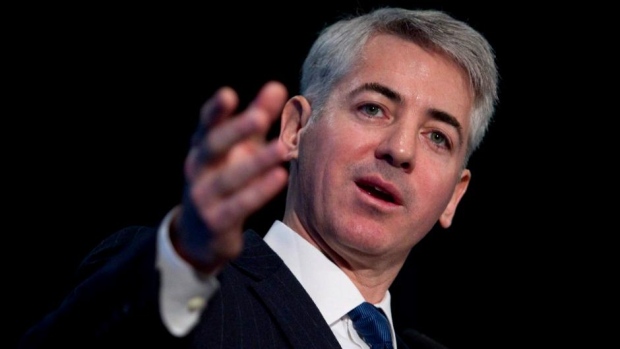 In his annual letter to shareholders, the billionaire founder of Pershing Square admitted he misjudged the skills of Valeant’s previous management led by ousted Chief Executive Michael Pearson.

“The highly acquisitive nature of Valeant’s business required flawless capital allocation and operational execution, and therefore, a larger than normal degree of reliance on management,” Ackman wrote. “In retrospect, we misjudged the prior management team and this contributed to our loss. We deeply regret this mistake, which has cost all of us a tremendous amount, and which has damaged the record of success of our firm.”

Ackman was quick to credit Pearson’s replacement in the corner office, saying Perrigo veteran Joseph Papa and his team are the only reason Valeant has survived on public markets.

“We have grown to admire Joe Papa and the new, extremely hard-working, Valeant management team,” Ackman wrote. “Valeant would not exist without the commitment of these individuals.”

Pershing Square posted a 13.5 per cent loss on investments in 2016, sharply underperforming the broader indices due to the sharp decline in Valeant’s share price. The performance sent the hedge fund to the worst two-year showing since its inception.

Ackman said Pearson’s willingness to walk away from his pursuit of Allergan in the wake of Actavis’ larger takeout offer helped sell him on the former chief executive’s discipline, but admitted he was perhaps blinded by past successes in Pearson’s string of M&A activity.

“A management team with a superb long-term investment record is still capable of making significant mistakes,” Ackman wrote. “[Walking away from Allergan] coupled with the company’s historic acquisition and integration record over approximately 100 previous transactions gave us comfort that the Salix transaction would be highly value-creating for Valeant. In retrospect, it appears that the company substantially overpaid.”

Ackman also wrote that he underestimated the damage that a large drop in the stock price could do to morale, deepening Valeant’s downward spiral.

“In retrospect, Valeant’s underlying businesses were not sufficiently durable to withstand the impact of the reputational damage caused by the stock price decline, negative media attention, and its impact on employee morale.”