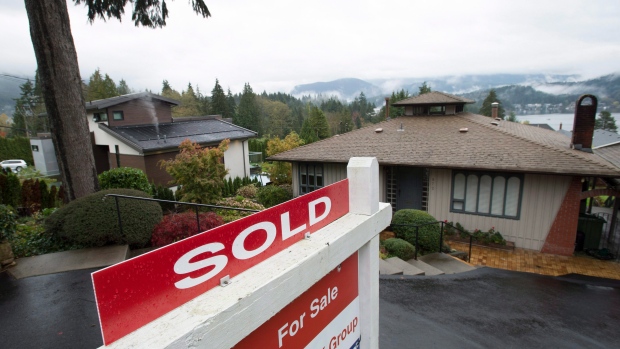 A sold sign is seen outside a home in North Vancouver, B.C. Thursday, Oct. 27, 2016. , THE CANADIAN PRESS/Jonathan Hayward

Vancouver city staff have unveiled a proposal for a one-per-cent tax on empty homes that would become the first of its kind in Canada, if approved by city council.

The proposal would require all homeowners in the city to self-declare whether a property is their principal residence, meaning the usual place they call home, where they receive mail and file their taxes.

Those that aren't principal residences and aren't rented out or exempted for a number of other reasons would be taxed one per cent of the assessed value.

Mayor Gregor Robertson says the aim of the tax is not to raise revenue but rather to encourage owners to rent out their properties in a city with the lowest rental vacancy rate and highest rents in Canada.

The proposal is set to go before council next week and staff hope to have the tax in place for the 2017 year, with the first payments in 2018.