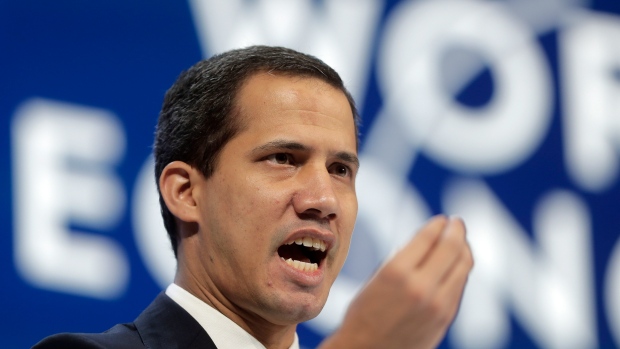 The head of the South American nation's congress is on an international tour to bolster support for his effort to remove the country's current president and lead Venezuela until a presidential election deemed to be transparent can be held.

Trudeau says he and two senior ministers will meet with Guaido to discuss the importance of democracy in Venezuela.

The country has been mired in a political and economic crisis for years, but the situation took a turn just over a year ago when socialist leader Nicolas Maduro sought to hold onto to power in a election decried by many countries as illegitimate.

Canada is among dozens of nations who now recognize Guaido as Venezuela's interim president, and Canada is also part of coalition known as the Lima Group seeking to bring stability to the region.

In a statement, Trudeau commended Guaido for his courage and leadership in trying to return democracy to Venezuela.