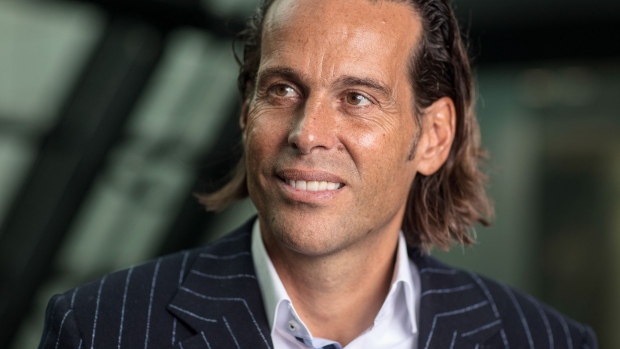 Lutz Schueler, chief executive officer of Unitymedia Kabelbw GmbH, poses for a photograph following an interview in, London, U.K., on Thursday, Nov. 10, 2016. Unitymedia is a cable operator and provider of media and communication services via broadband cable. , Bloomberg

The German-born Schueler has been given the job of overseeing the 31.4 billion pound ($43.4 billion) merger of Liberty’s cable company Virgin Media with the British mobile carrier, according to two people, who asked not to be identified discussing private information. He previously helmed Liberty’s German company Unitymedia and took over Virgin Media after Liberty sold that unit to Vodafone Group Plc in 2019.

The deal is seeking approval from the U.K.’s antitrust regulator, the Competition and Markets Authority, and a decision is due in the coming weeks. The deal will reshape Britain’s telecom market. It’s attracted complaints from rivals.

O2 Chief Financial Officer Patricia Cobian is to hold the same position at Virgin-O2, the people said. The announcement could be made as early as Tuesday.

It’s not clear what shape the remainder of the combined company’s management team will take or what O2 CEO Mark Evans will do next. If the merger is cleared, the chairman of the combined company will alternate every two years between Spain’s Telefonica and Britain’s Liberty Global, with the first stint going to Liberty CEO Mike Fries.