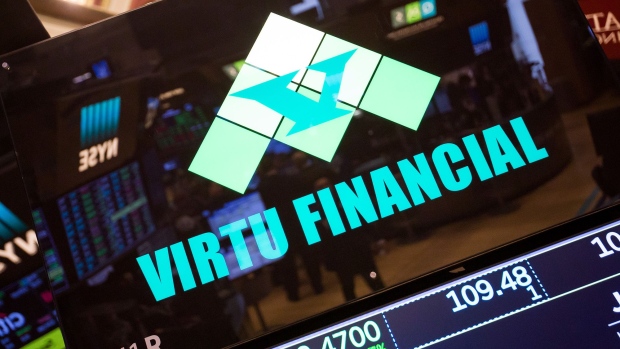 (Bloomberg) -- Virtu Financial Inc., a powerful trading firm whose business model is under scrutiny in Washington, says it can show U.S. investors how much money it saves them -- if regulators let it.

Virtu is petitioning the Securities and Exchange Commission to overhaul the public data that’s used to gauge whether retail customers get the best deal when buying and selling shares. The firm contends that when it and other market makers execute orders internally -- rather than sending them to stock exchanges -- it dramatically lowers costs for investors.

The request follows months of unwanted attention from lawmakers and regulators, who fear that the wild trading of GameStop Corp. and other meme stocks this year revealed that something is broken with the U.S. equity market. Virtu and Citadel Securities have been a focal point of Washington’s review, with officials questioning whether they are too dominant and if their practice of paying Robinhood Markets Inc. and other brokerages for the right to execute orders triggers conflicts of interest that hurt consumers.

Virtu and Citadel Securities have fought back by repeatedly arguing that small-time investors have never had it better, and that their firms are crucial to Robinhood and other trading platforms being able to offer free trades. That’s because brokerages now make revenue by selling orders to market makers, meaning they don’t have to charge customers commissions.

Read More: Robinhood, Meme Stocks and Investing as a Game

In its Monday petition to the SEC, New York-based Virtu said the agency’s disclosure rules “no longer encompass all of the factors that may be important to market participants in evaluating the execution quality offered by a particular market center.” Virtu estimates wholesale brokerages saved retail investors about $11 billion last year, which would be apparent if the SEC revised its metrics requirements.

The company’s request, which was reviewed by Bloomberg News, is an opening salvo in what’s expected to be a drawn out battle with the SEC.

Chair Gary Gensler, who is examining the maze of rules underpinning U.S. stock trading, rattled Wall Street last month when he said banning payment for order flow is “on the table.” Gensler has said he’s worried that the practice leads to excessive trading by retail investors and hidden costs.

Virtu requested that the SEC expand the scope of what’s included in the benchmark that’s used as a reference to judge the price improvement created by payment for order flow. Its other suggestions include: