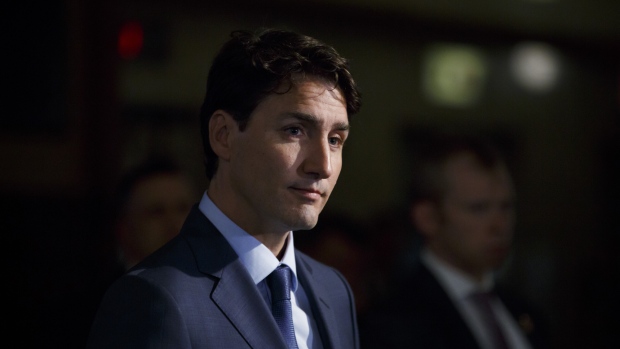 A number of researchers due to attend a prestigious conference on artificial intelligence in Canada next week have been unable to obtain visas in time, leading some executives to question the government’s stated goal of becoming a world-leading destination for academics and companies developing the technology.

It’s unclear how many people have been affected by visa issues, but at least a dozen researchers circulated their stories on social media about having visas denied or applications held up. Timnit Gebru, a Google AI researcher and a founder of the group Black in AI that’s holding a workshop at the event, said on Twitter that almost half of the 60-some academics it had asked to attend the workshop had visa applications turned down.

“It’s Africans living everywhere that are getting denied,” she said.

Several prominent AI researchers complained of the situation on Twitter in the hopes of getting the Canadian government to take action.

"I believe that it’s important that researchers from populations that are under-represented in the field of machine learning be given the opportunity to participate in the conference and to present their research to the community," Dean said in an emailed response to questions. "I hope that any outstanding visa issues can be resolved in a timely manner."

The organizers of the week-long conference, which starts in Montreal on Sunday, said they were aware of the problems, but weren’t able to do much to help attendees secure visas.

"While it is up to government agencies to decide on visa applications, we hope officials will appreciate the importance of facilitating the free flow of open science, something very important for AI and key to making sure the technologies that evolve from this research are beneficial for all," Terrence Sejnowski, president of the foundation that runs the annual conference on Neural Information Processing Systems, said in a statement.

Mathieu Genest, a spokesman for Canada’s immigration minister, said the government had been working with the conference organizers to provide guidance on visa applications and has processed them "in as timely a manner as possible."

While “we understand the disappointment of those whose visa applications were refused," he said in an email, “all visitors to Canada must meet the requirement for temporary residence in Canada” and are assessed equally.

The NeurIPS organizers, as well as Black in AI, sent the Canadian government lists of participants to help speed up the visa processing, but in one case the original list contained insufficient information while in another case, the list was only received this week, according to a government official with knowledge of the situation.

The conference has already courted controversy. It was better known by the acronym NIPS, but changed this moniker to NeurIPS earlier this month following complaints that the original acronym could have sexual connotations and was symbolic of an environment that was unfriendly to women. The organizers have said they’re working to make the event more inclusive.

NeurIPS is one of the top annual gatherings for people working on the cutting edge of artificial intelligence and machine learning, drawing thousands of attendees. As large technology companies, from Amazon.com Inc. and Alphabet Inc.’s Google to China’s Baidu Inc. and Tencent Holdings Ltd., have played a bigger role in this research, it has become an important stage for showcasing their latest work as well as recruiting employees for their research labs.

Trudeau has been seeking to burnish his country’s reputation as an AI hotspot. While the U.S. has built many more large technology companies, lots of the ideas underpinning current machine learning technologies were developed by academics working in Canada and Trudeau has sought to capitalize on this background to create more tech economy jobs.

The country has also tried to lure entrepreneurs and technology workers to Canada from the U.S., where the immigration reforms introduced by President Donald Trump have made it harder for foreign nationals, especially those from the Middle Eastern and African nations, to remain. Trudeau has introduced a new, streamlined visa process under which technology companies can bring in foreign employees.

In addition, Canada currently holds the presidency of the Group of Seven industrialized nations and it has organized a G7 event on the future of AI, including its effect on jobs and issues surrounding regulation of AI, in Montreal to coincide with the NeurIPS conference.

Some AI researchers said that the visa issues undercut Trudeau’s salesmanship. "This is not how you attract world-class AI talent to Canada," Caleb Del Begio, the co-founder of Advize, a tech startup in Vancouver, wrote on Twitter.

Yoshua Bengio, a world renowned machine learning researcher at the University of Montreal, said in a recent magazine interview that a different machine learning conference, the International Conference on Learning Representations (ICLR), would move to an African nation in 2020, after participants experienced problems getting visas to attend the event in the U.S. and Canada, where it has been held in the past. Bengio is a member of the board that runs that conference.

"We could make it easier for people from developing countries to come here," he said. "In Europe or the U.S. or Canada it is very difficult for an African researcher to get a visa." Bengio said this situation was unfair, especially given that African computer scientists were already struggling with less access to computing power and IT infrastructure.