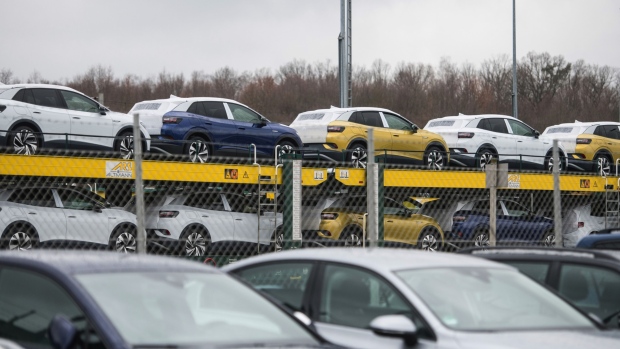 What a month for Volkswagen AG: The shares have soared the most in more than a decade and along the way its two classes of stock have gotten seriously out of whack, resurrecting memories of one of the biggest short squeezes in history.

The stock started taking off last week as investors bought into the Germany company’s plan to supplant Tesla Inc. as the global leader in electric cars. Chief Executive Officer Herbert Diess made a series of announcements on his strategy to beat his California-based rival, emulating his counterpart at Tesla, Elon Musk. In return, VW common shares picked up a bit of Tesla’s cult status, soaring 60 per cent so far this month.

Here are five charts that tell the story: 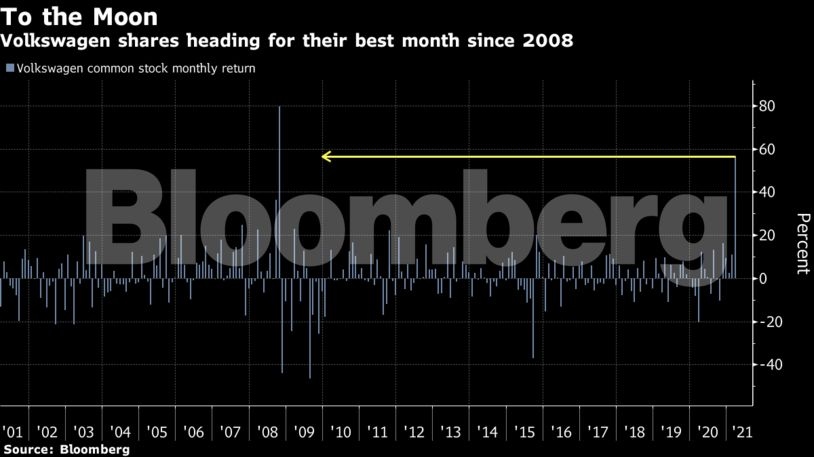 With the gain came a stark disconnect between the two share classes: the common, which carries voting rights, and the preferred, which doesn’t. The common soared far more than the more actively traded preferred, so that at one point a common share fetched 327.20 euros while a preferred was priced at only 223.05 euros. A gap that wide -- for two securities that basically convey the same economic stake in the company -- hasn’t been seen since Porsche SE’s ill-fated effort to take over VW in 2008 sparked massive purchases of the common stock. 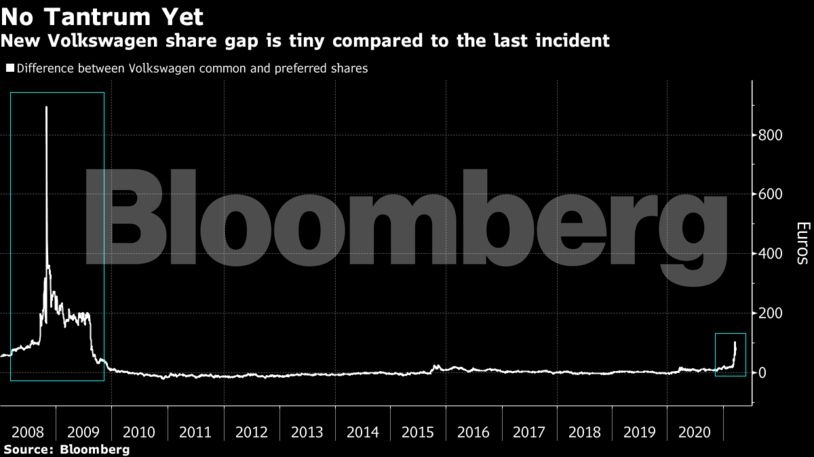 One explanation is that U.S. retail investors were jazzed by the EV prospects and poured money into VW without understanding the difference between the two classes. U.S.-traded depositary receipts are available for both, and ADRs linked to the more illiquid common shares have been far more active than those linked to preferred shares.

Normally, arbitrageurs would close the gap by selling short the common and buying the preferred, but that trade is hard to implement, given that Porsche and two other big investors hold more than 90 per cent of the common shares, making them difficult to borrow. And that 2008 short squeeze is always in the back of traders’ minds. 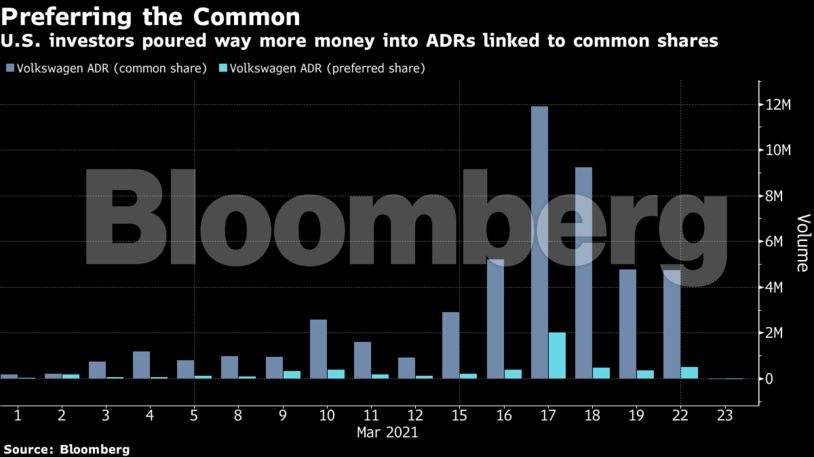 Sell-side analysts tracked by Bloomberg factored the new prospects for the company’s EV plans into their models, leading to the average price target rising alongside shares. Yet for the moment only about 7.7 per cent upside is left in the preferred stock if the 12-month average target is any guide. Hence, no surprise that the number of analysts rating the stock a buy is right where it was when the rally began. 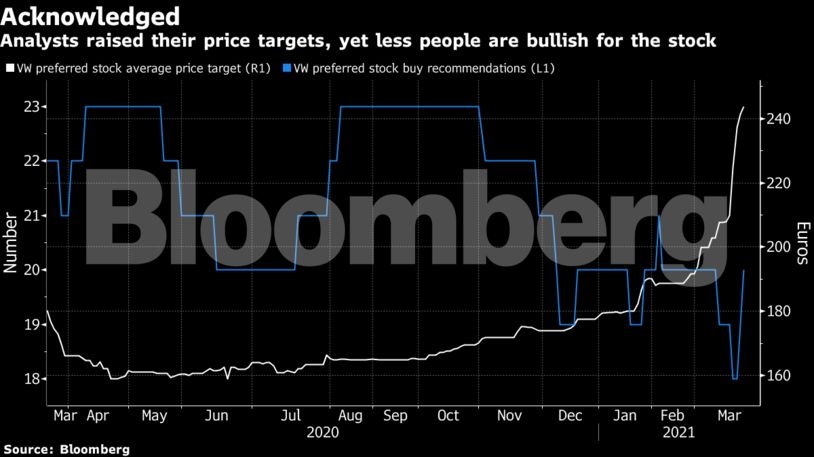 VW is a giant compared to Tesla when it comes to sales volume. The German carmaker sold more than 9 million cars last year versus just half a million for Tesla. And while VW is still trailing Tesla in terms of EV sales, the gap is closing fast with Volkswagen accelerating its growth from the low base. Yet Tesla’s market value is almost four times greater than Volkswagen’s after a stunning 743 per cent share price rally last year.

VW may be dwarfed by Tesla, but after the rally in its stock price it’s now the most valuable company in Germany, overtaking software giant SAP SE.