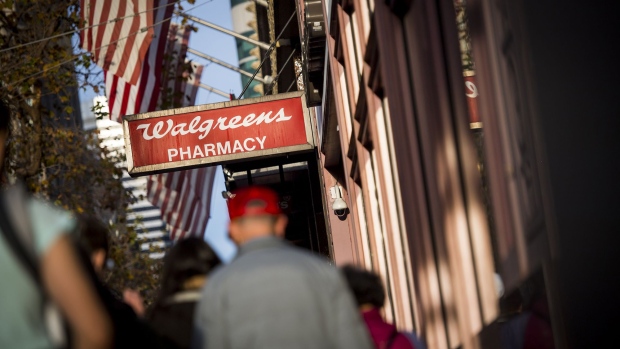 Walgreens Boots Alliance Inc. plans to cut about 4,000 jobs in the U.K. following a sharp drop in its business there and suspend stock buybacks, as the coronavirus pandemic jolts its business around the world.

On Thursday, Deerfield, Illinois-based Walgreens said it anticipates full-year adjusted earnings between US$4.65 to US$4.75 a share, including US$1.03 to US$1.14 a share of costs related to Covid-19. Analysts surveyed by Bloomberg were expecting US$5.43 a share. Walgreens had previously withdrawn its financial forecasts, citing the turmoil caused by the coronavirus.

“As a company we are facing significant challenges and are moving fast to overcome,” Chief Executive Officer Stefano Pessina said on a call with analysts.

Drugstores are grappling with both short-term disruptions and potential longer-term changes in consumer behavior driven by COVID-19. Before the pandemic set in, Walgreens was already facing questions about how it planned to compete with rivals focusing on health care and internet giants sizing up the pharmacy business.

Now, the playing field has changed once again, as the global spread of Covid-19 continues to alter both the health care and retail industries in unpredictable ways.

Shares of Walgreens, which had dropped 28 per cent so far this year through Wednesday, declined as much as 7.5 per cent in morning trading in New York.

Foot traffic plummeted 85 per cent in April at the company’s Boots stores in the U.K. amid strict lockdown orders, resulting in a US$700 to US$750 million hit to total sales that forced Walgreens to record a US$2 billion impairment charge. Overall, sales in the quarter, which ended May 31, were essentially flat compared with the same quarter a year earlier, at US$34.6 billion.

In the U.S., people rushed to stock up on prescriptions and toilet paper in the early days of the pandemic. Comparable sales at U.S. drugstores rose three per cent.

Fewer people came into stores in the quarter, with traffic down around 20 per cent in the quarter, Chief Financial Officer James Kehoe said on the call. Those who did come in bought more, and sales of vitamins, personal-care products and grocery items improved. But beauty sales slipped and photo plummeted.

Urban markets fared much worse than rural areas in the quarter, with sales down 18 per cent compared with an eight per cent increase, respectively. Executives said they haven’t seen big differences in areas with intensifying outbreaks.

Walgreens said that a broad decline in visits to doctors’ offices and hospitals weighed on prescription volumes. Prescriptions filled at its U.S. drugstores fell 1.3 per cent compared with the year-ago quarter, though volumes have shown “steady improvement” since the end of May.

Costs associated with cleaning stores and boosting employee pay sent selling, general and administrative expenses soaring to US$8.3 billion in the quarter from US$6.2 billion in the year-ago quarter.

Walgreens Boots Alliance’s co-chief operating officers will now split their focus by region, with Alex Gourlay leading the U.S. and Ornella Barra overseeing the U.K. and other international businesses, Pessina said. Executives said Walgreens’ digital initiatives and new shopping options like buying online and picking up in the drive-through helped boost sales in the quarter.

To help expand its health-care offerings, Walgreens said Wednesday it plans to open as many as 700 doctors’ offices in its drugstores over the next five years. Rival CVS Health Corp. has already made big steps in that direction by buying insurer Aetna and making over stores to focus on patient care.

After a number of attempts at in-store clinics, Pessina said its partnership with VillageMD to bring primary-care doctors into Walgreens stores appears to be the model that fits best.

Walgreens posted a loss of US$1.71 billion, or $1.95 a share, in the fiscal third quarter. On an adjusted basis, earnings per share came to 83 cents. Analysts surveyed by Bloomberg expected adjusted earnings of US$1.19 a share.

--With assistance from Aysha Diallo.