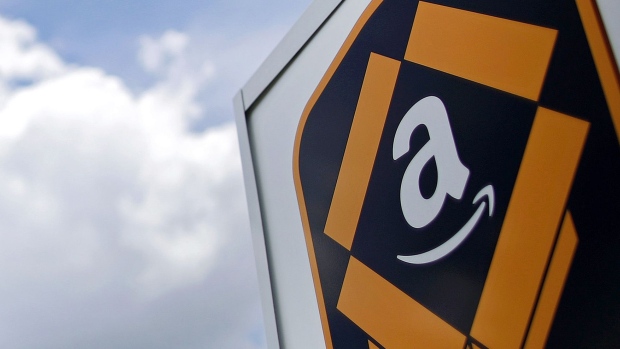 Some of the biggest names on Wall Street and in Silicon Valley—JPMorgan Chase, Advent International, Khosla Ventures among them—are pumping billions of dollars into mom-and-pops selling everything from tea kettles to jock itch remedies on Amazon.com Inc.

Investment banks, venture firms and private equity shops are backing so-called Amazon aggregators—often led by e-commerce veterans—that are betting they can take up-and-coming sellers, who often operate out of their garages, and transform them into global brands. The aggregators say they have the expertise to select strong products and avoid faddish ones that flame out before they have a chance to grow.

The latest entrant, Branded Group, said Tuesday it had purchased 20 houseware and leisure brands. Formed last summer and flush with US$150 million raised by the Berlin venture firm Target Global, Branded will be run by Pierre Poignant, who previously led the southeast Asian online marketplace Lazada, and Michael Ronen, who spent almost 20 years in mergers and acquisitions at Goldman Sachs and also worked for SoftBank’s Silicon Valley venture division.

“We want to be a multi-billion dollar company,” says Poignant, who oversaw the sale of Lazada to Alibaba Group Holding Ltd. Poignant acknowledges that “buying businesses is one thing. Scaling them is another.”

About 40 Amazon aggregators have emerged in the past few years, according to people following the trend, with most of them still quietly seeking deals behind the scenes. Eight have announced fundraising rounds totaling more than US$2.5 billion since 2019.

Thrasio, launched in 2018, has the deepest pockets and has already purchased 90 companies with US$1.75 billion in funding and debt from backers that include the private-equity firm Advent International. Perch, founded in 2020, has raised US$130 million and gobbled up almost 30 brands. Several private equity firms have launched websites to court Amazon sellers without disclosing how much they’ve designated to buy them.

The demand for Amazon mom-and-pops reflects the maturation of the e-commerce giant’s third-party marketplace, which accounts for more than half of all products sold on the site. The web store has grown so large that deep-pocketed investors can prospect for tomorrow's big hit among the millions of merchants competing on the site. “The emergence of these companies reflects how selling with Amazon offers small businesses powerful opportunities to build their brands and reach millions of customers,” an Amazon spokesperson said in an email.

Thrasio, based in Walpole, Massachusetts, was early to the game but has attracted well-financed competition since the pandemic pushed millions of consumers online, possibly changing shopping habits forever. The news that Thrasio had surpassed a US$1 billion valuation in June pulled in even more investors.

Aggregators look for consistent money-makers with annual sales up to about US$10 million; they generally offer three to four times a target’s annual profit, including the salary the owners pay themselves. The buyers don’t focus on specific categories the way a Procter & Gamble Co. does but are content to jam together a potpourri of brands. Perch, for example, sells maternity belts, auto upholstery tools, peppermint-based athlete’s foot cures and virtual-reality headsets.

The synergies happen on the back-end, where experts in global logistics, search engine optimization and Amazon advertising can apply their knowhow to any profitable product with good reviews. Beyond expertise, the aggregators have the funds mom-and-pop businesses often lack to expand internationally. The aggregators also consolidate their purchasing power with manufacturers and shipping companies to negotiate lower prices.

“Amazon sellers are salivating right now because all of these investors are lining up around the block to buy them,” says James Thomson, a former Amazon executive who now advises online merchants. “Many many more aggregators will emerge before this starts to slow down.”

The gold rush is happening despite perceptions that Amazon is a hostile environment where merchants can be kicked off after a few bad reviews or bogus counterfeiting charges and sometimes spend months trying to get reinstated. Over the years, some sellers have built decent businesses only to watch Amazon start selling its own versions of their products.

The aggregators say those risks are real but worth taking given the potential rewards of being on a site that captures almost 40 cents of every dollar spent online in the U.S., a figure they expect to keep growing even as stores reopen and people get vaccinated for COVID-19.

Their north star is Anker Innovations Technology Co. Ltd., a Chinese company that started selling cell phone chargers on Amazon and grew into a global electronics brand worth more than US$10 billion whose products have graduated from Amazon’s web store to the shelves at Walmart Inc. and Target Corp.

“Amazon is building a massive economy comparable to the gross domestic product of entire countries,” says Branded’s Ronen. “I mostly see an opportunity to partner with them. Our interests are aligned.”

For Amazon merchants who can’t afford to expand or are simply burned out, the swarm of aggregators offer a viable exit strategy. Tony and Carol Meibock, a husband and wife team from Calgary, Canada, carved out a niche selling soaps and foot soaks made from peppermint and tea tree oil to treat dry skin, jock itch and athlete’s foot. With annual sales in the millions of dollars and their company, Truremedy Naturals, turning a profit, Tony quit his software job to help run the business.

Then demand surged during the pandemic, and the couple found themselves working nonstop to resolve one supply-chain headache after another. To keep growing required hiring more people, which would have hurt profits and made the company worth less to a buyer. Tony Meibock, 54, had already made connections with potential acquirers in the tight-knit community of online merchants, so it wasn’t hard to spread word that he was interested in selling. His phone and his email inbox blew up.

Not that it was easy letting go of a business they’d built. “My wife was attached to it. It was her baby. But we also realized we needed a break,” he says. “Of course we wanted to make some money, but we cared about the brand and wanted to leave it in good hands.”

He spoke with about five interested parties last summer and sold to Perch in January for undisclosed terms. Carol is enjoying time with the grandkids; Tony will try advising other firms that sell on Amazon. Ski trips are on the agenda.

Perch was founded by Chris Bell, a Boston entrepreneur who learned how to value businesses while working in mergers and acquisitions at Bain & Co. Later, he got e-commerce experience running Wayfair Inc.’s delivery operations. Bell attended a New York conference for Amazon sellers in 2019 and was surprised to encounter big crowds at a session on how to sell your business.  The attendees had the same manufacturing and shipping problems he had learned to solve, and Bell got interested in rolling up sellers.

He half hoped friends would talk him out of it. Instead, a pal pulled up the Amazon website, searched for faucets and marveled that obscure brands dominated the results. Kohler Co., a mainstay at home-improvement chains, was nowhere to be found.

“All of these big brands with all of these advertising dollars don’t dominate Amazon,” Bell says. “It's just a different playing field. The winners are these small guys who don’t have enough capital to expand into Europe.”

He went out on his own and connected with Alex Finkelstein at Spark Capital. An early Wayfair investor who watched the furniture and housewares store prosper despite Amazon, Finkelstein knew there was room for many companies to do well online. “I view Amazon as a partner and not a competitor,” he says.

Once an aggregator buys a business, typical first steps include finding more inventory to expand into Europe and Australia. Bigger factory orders help them negotiate better prices with manufacturers, materials suppliers and shippers. Sometimes small changes go a long way. Perch squeezed silicon straws into smaller packages and shaved 5 per cent off Amazon’s shipping fees. And sometimes it’s a matter of deploying data scientists to determine how much to spend on advertising and search terms to maximize sales and profits.

It’s not always smooth. Amazon suspended a maternity belt brand from the site three weeks after Perch purchased it. For reasons that remain unclear, Amazon suspected the products were counterfeit and halted all sales for two months, costing the aggregator about US$500,000 in sales. “No one got much sleep,” Bell says. Finally, Amazon turned the spigot back on. Aggregators can take such body blows since their sales are spread over more brands, he says. “Now we know where the landmines are.”

Thrasio is already a relatively big business. The aggregator has rolled up more than 90 companies that sell more than 15,000 products, mostly on Amazon. The company says it generated more than US$100 million in profit on US$500 million in sales last year. Co-founder Josh Silberstein says small Amazon businesses tend to see their margins decline as sales grow from US$1 million to US$10 million because they suddenly need expensive outside help to resolve logistical issues, legal matters and customer service.

“As they get bigger, they get less good at covering all of these different functions,” Silberstein says.  Thrasio is set up to handle such challenges for multiple products. It also created a streamlined system to quickly determine the value of an Amazon business so Thrasio can close an acquisition in as little as 35 days, a sweetener for moms and pops looking to get out.

As more aggregators pour into the market, bidding wars are breaking out, and prices have spiked more than 30 per cent in the past year, according to people involved in deals. So far, acquirers are willing to pay for proven Amazon brands, says Mark Daoust, whose Quiet Light Brokerage closed 70 transactions totaling US$110 million in 2020, up 40 per cent from the previous year and expects to close more than 100 deals this year.

Idan Barzilay, 39, a Tel Aviv mechanical engineer who started selling virtual-reality smartphone headsets on Amazon a few years ago, was all set to offload his company last year. Then the buyer backed out when the pandemic hit. No matter. Sales of Barzilay’s headsets took off because homebound parents were desperate to distract their kids—even if it meant more screen time. Soon his company was more valuable than ever, and he sold to Perch for confidential terms.

“The sellers, we are like fish in a lake,” Barzilay says. “There are a lot of fishermen, which means it gets harder and harder for them to catch a nice fish.”