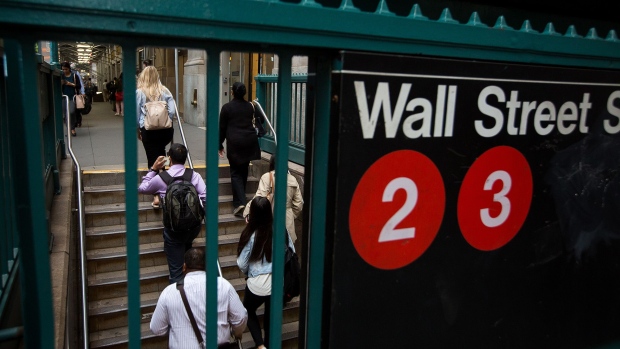 Some of the hottest trades of a tumultuous 2019 are falling out of favour as investors dip their toes into riskier waters.

From low-volatility stocks to bonds and gold, the safety trade that reigned among exchange-traded fund investors is unraveling on signs of a rebounding economy and progress in U.S.-China talks. Traders are rushing to pockets of the market that should outperform in the event of an economic acceleration.

“People are starting to feel better that the economy isn’t going to go into a recession in 2020,” said Ryan Nauman, market strategist at Informa Financial Intelligence’s Zephyr. “That’s what’s driving those flows.”

Below are examples of the rotation sweeping the US$4-trillion ETF market:

After 16 straight months of inflows, the beloved low-volatility trade of 2019 is starting to show some cracks. In aggregate, ETFs tracking stocks that swing less than the broader market have taken in over US$22 billion for a record year, Bloomberg Intelligence data show. But investors have pulled near US$600 million from the funds in November, putting them on track for the biggest monthly outflows since February 2018.

Much of those withdrawals have stemmed from the US$12.4 billion Invesco S&P 500 Low Volatility ETF, which is experiencing its worst month of outflows in six years, data compiled by Bloomberg show. 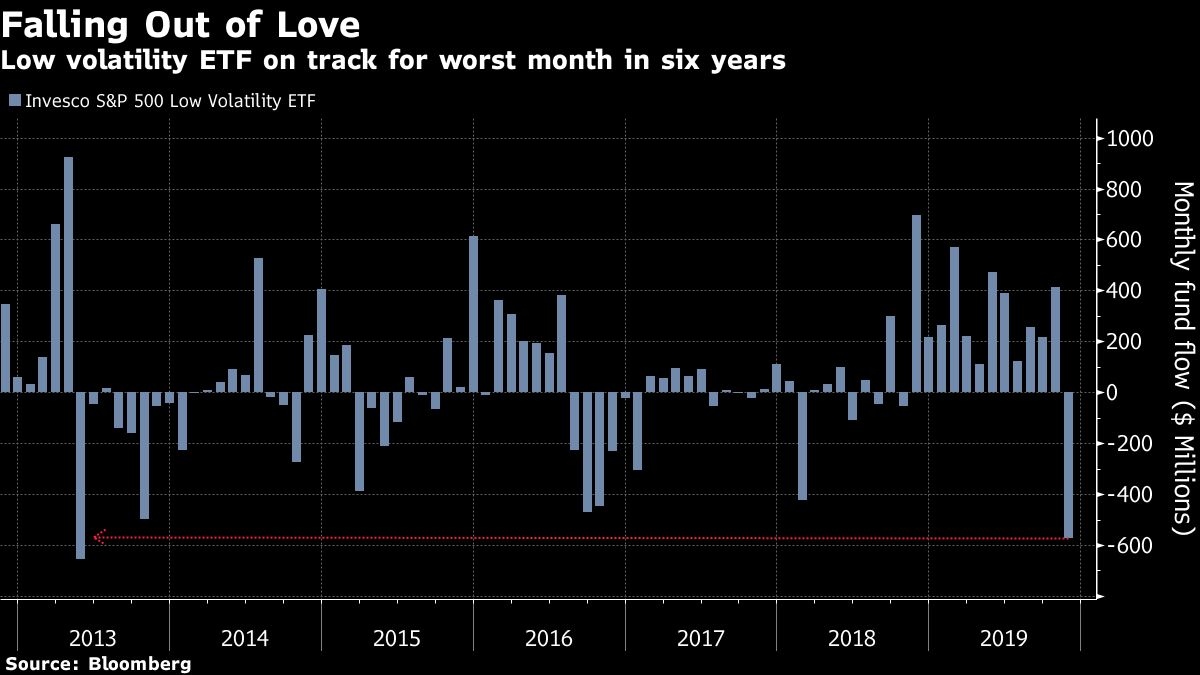 Investors are souring on momentum ETFs too, or those that bet the past year’s winners will keep on winning. The funds lost US$1.6 billion in October, the most for any month on record, according to Bloomberg Intelligence data. The exodus has continued in November, with investors pulling about US$270 million. 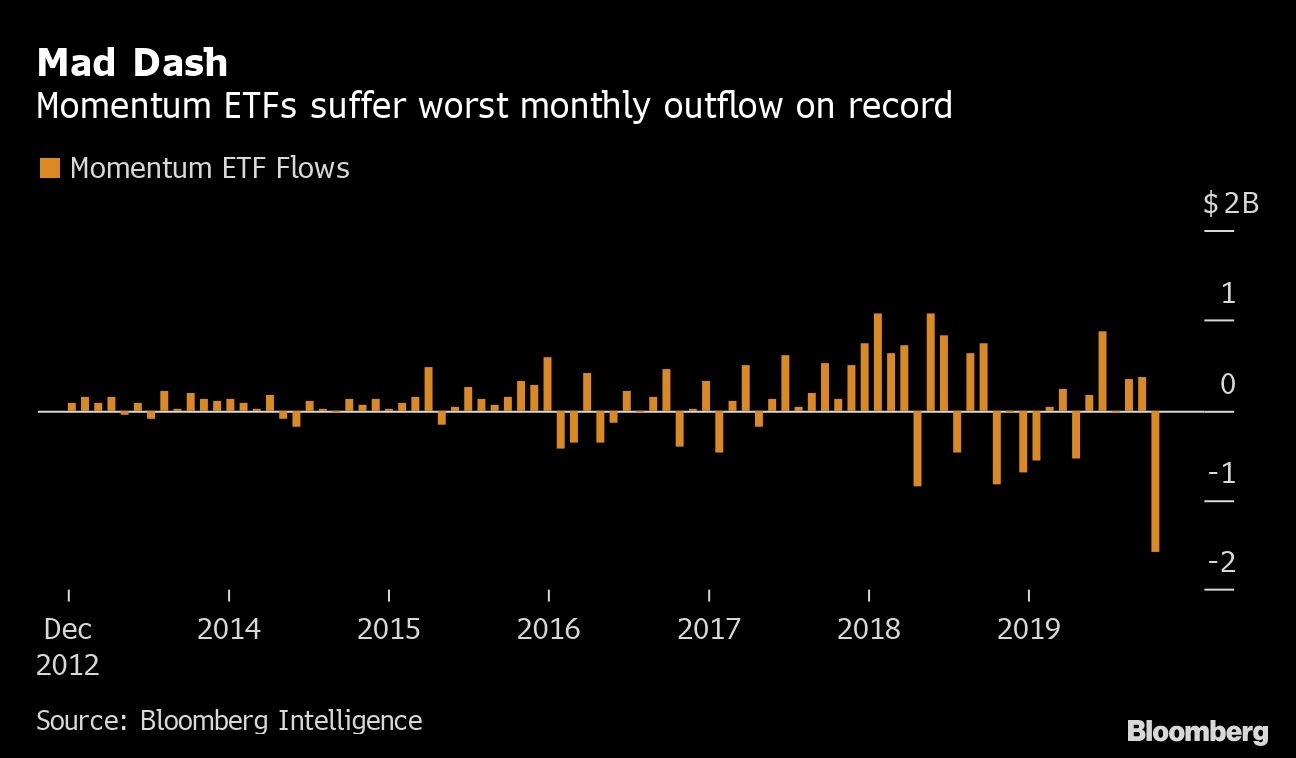 As the safety trade unwinds, gold is getting caught in the cross-hairs. In the four months through September, State Street’s SPDR Gold Shares, ticker GLD, took in over US$8 billion, but the allure is now fading. Last Friday, investors yanked more than US$620 million from the fund, the most since October 2016. 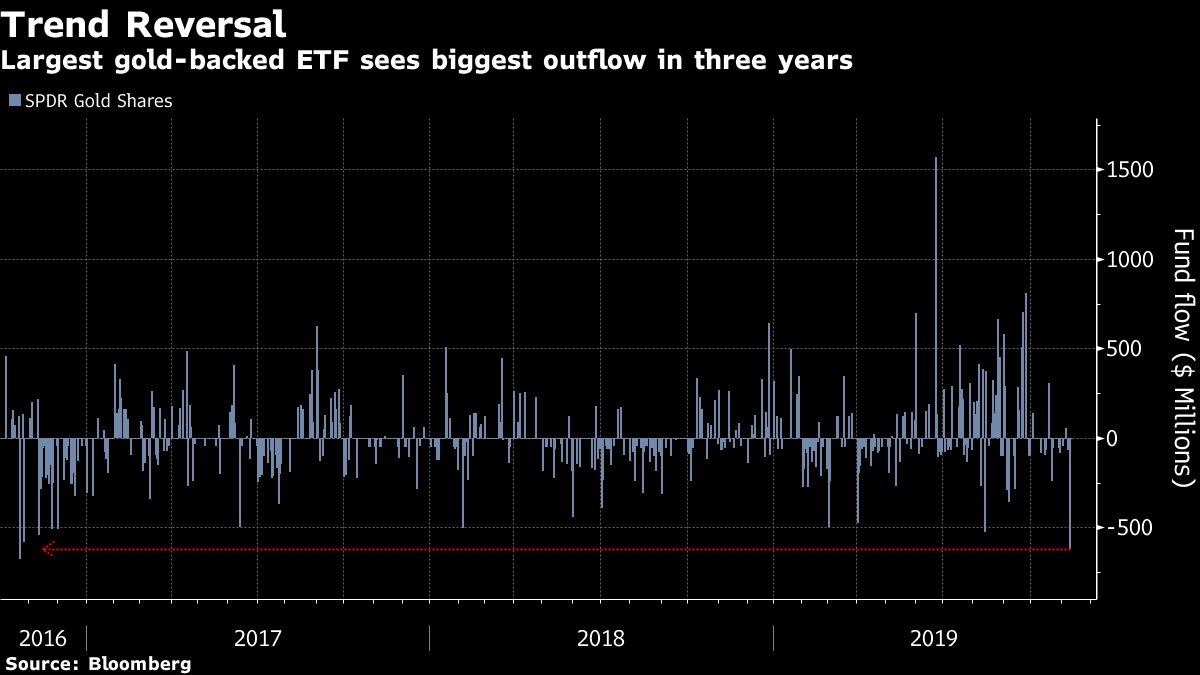 While fixed-income ETFs are still on track for a record year of inflows, demand is dwindling. They have taken in US$1.4 billion in November, but that pales in comparison to the US$14.2 billion that have entered equity funds. In fact, when measured against one another, the relative demand for fixed-income ETFs is the lowest in a year, data compiled by Bloomberg show.

Investors have also been pulling cash from government bonds with longer maturities. The iShares 20+ Year Treasury Bond exchange-traded fund, ticker TLT, suffered US$1.2 billion worth of outflows last week, its worst on record. 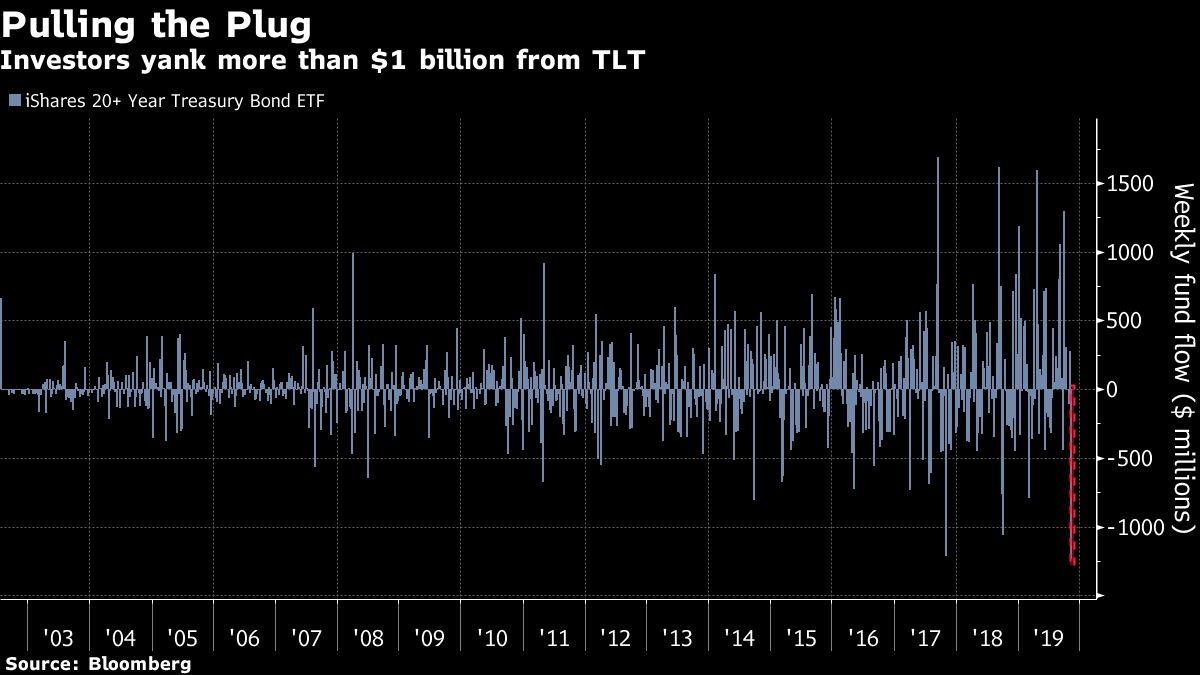 Previously unloved corners of the ETF market are now gaining traction. Financials, energy, materials and industrials have all seen net outflows this year. But all four groups top the leaderboard for November only behind technology, Bloomberg Intelligence data show. Industrial ETFs have taken in US$1 billion this month, the most since January 2018, while materials funds are having their best month in over a year. 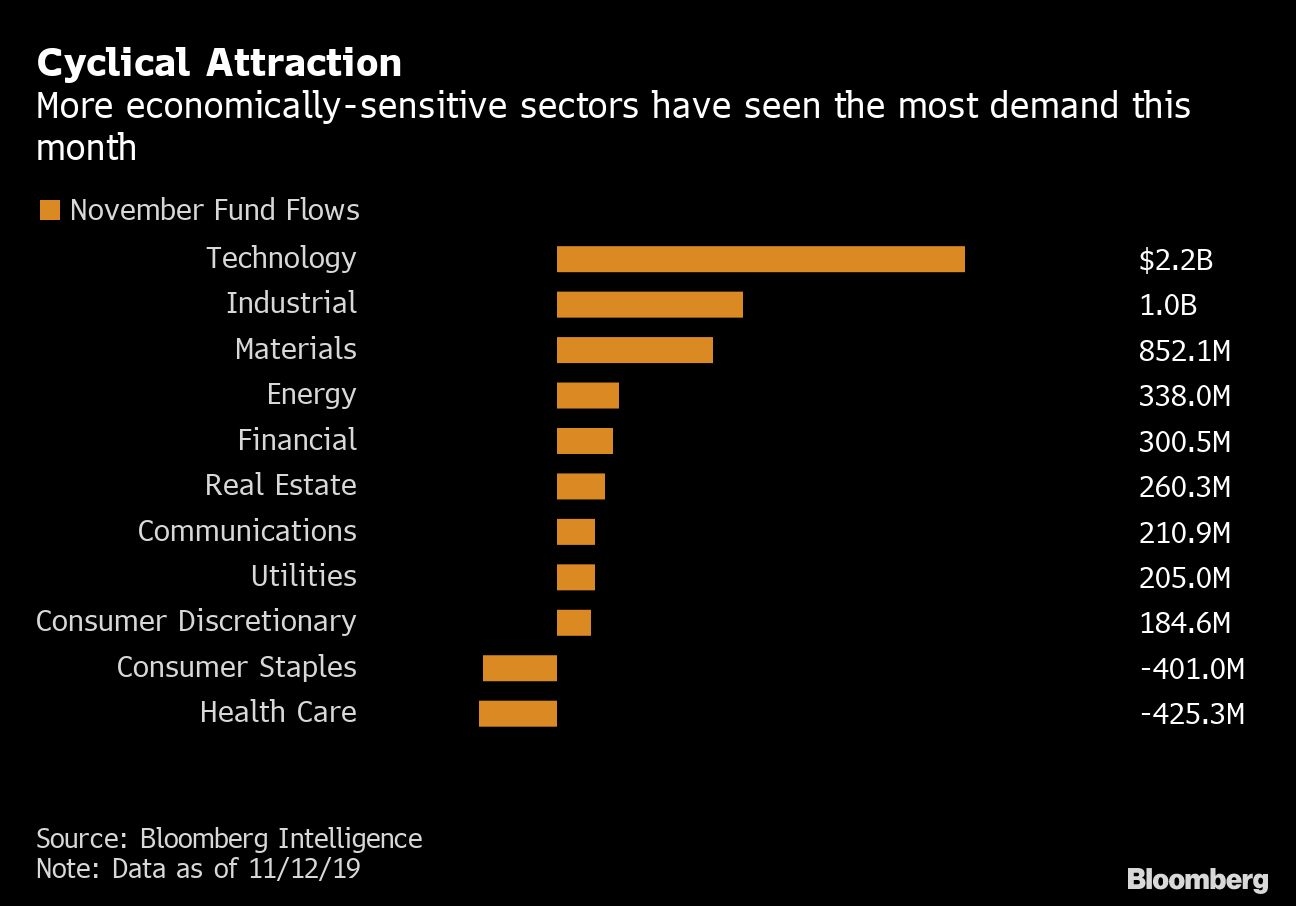 In the smart-beta arena, investors have flocked to value ETFs, which track relatively cheap companies. In aggregate, investors poured US$3 billion into value funds last month. In November, they’ve already seen roughly US$1.8 billion of inflows.

Still, not all are sure the latest trend is the right one, particularly should the economy show further signs of deterioration and U.S.-China trade negotiations come to a head.

“We’ve created these walls of worry and rather than crash into them, we seem to be climbing over them, but it doesn’t change the trend of the overall macro, which has been a little bit of a concern,” said Matt Forester, chief investment officer at BNY Mellon’s Lockwood Advisors. “Markets have interpreted the recent news and optimism around trade and sold off Treasuries and safe haven assets. To me, there hasn’t been a lot of meat behind that argument, but there’s a lot of sentiment change in markets.”