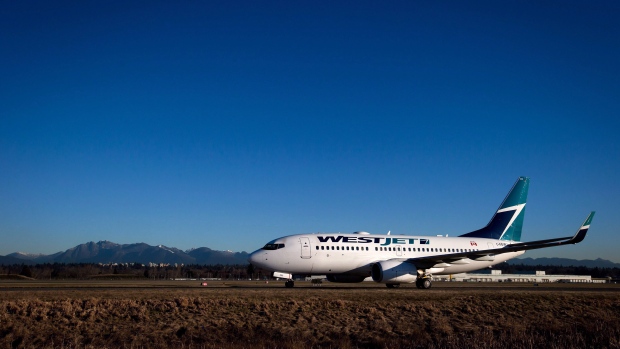 A Westjet Boeing 737-700 taxis to a gate after arriving at Vancouver International Airport in Richmond, B.C., on Monday February 3, 2014. WestJet Airlines says it is inspecting its fleet of Boeing 737 Next Generation aircraft for cracks after reports of issues on the plane series. , THE CANADIAN PRESS/Darryl Dyck

CALGARY -- WestJet Airlines and Sunwing Vacations Inc. say they are examining their fleets of Boeing 737 Next Generation aircraft for cracks after a U.S. regulator ordered the inspections.

Calgary-based WestJet says it has 43 aircraft that fall under an inspection directive issued by the U.S. Federal Aviation Administration Thursday.

The company says it has had no structural cracks in its 737 NG fleet and expects minimal disruptions from the inspections.

Sunwing Vacations Inc. said it had received the directive from the FAA and will be inspecting its fleet as appropriate but didn't expect any disruptions to its schedule.

The company did not say how many of its planes require inspection, but it has more than 40 of the Boeing 737 NG aircraft in its fleet.

Air Canada says it does not have any of the Boeing 737 NG planes.

The FAA said in its directive that it estimates an airplane inspection for the problem would take about an hour.

The inspection order comes as Boeing remains under scrutiny after two deadly crashes led to a grounding of its Boeing 737 Max aircraft in March.