Global economic growth could get a US$20 trillion boost if women are educated at the same levels as men and hold the same number of jobs, according to a new study.

Policy changes that result in more women entering the workforce, like those that bolster female access to secondary education, child care, and flexible work arrangements, have the potential to “light a fire,” under global growth over the next three decades, according to an analysis published this week by Bloomberg economists Adriana Dupita, Abhishek Gupta and Tom Orlik. The report examines 36 developed and emerging economies.

The study is the latest evidence underscoring that closing labor-market gender gaps is crucial for the economy as it recovers from the pandemic -- and beyond. Globally, 58.4 per cent of women between the ages of 25 to 64 work, compared with 92.1 per cent of men, the study found. In the U.S., while women helped propel the world’s largest economy out of the last recession, this time around they are falling behind -- something that economists have dubbed the country’s first female recession. 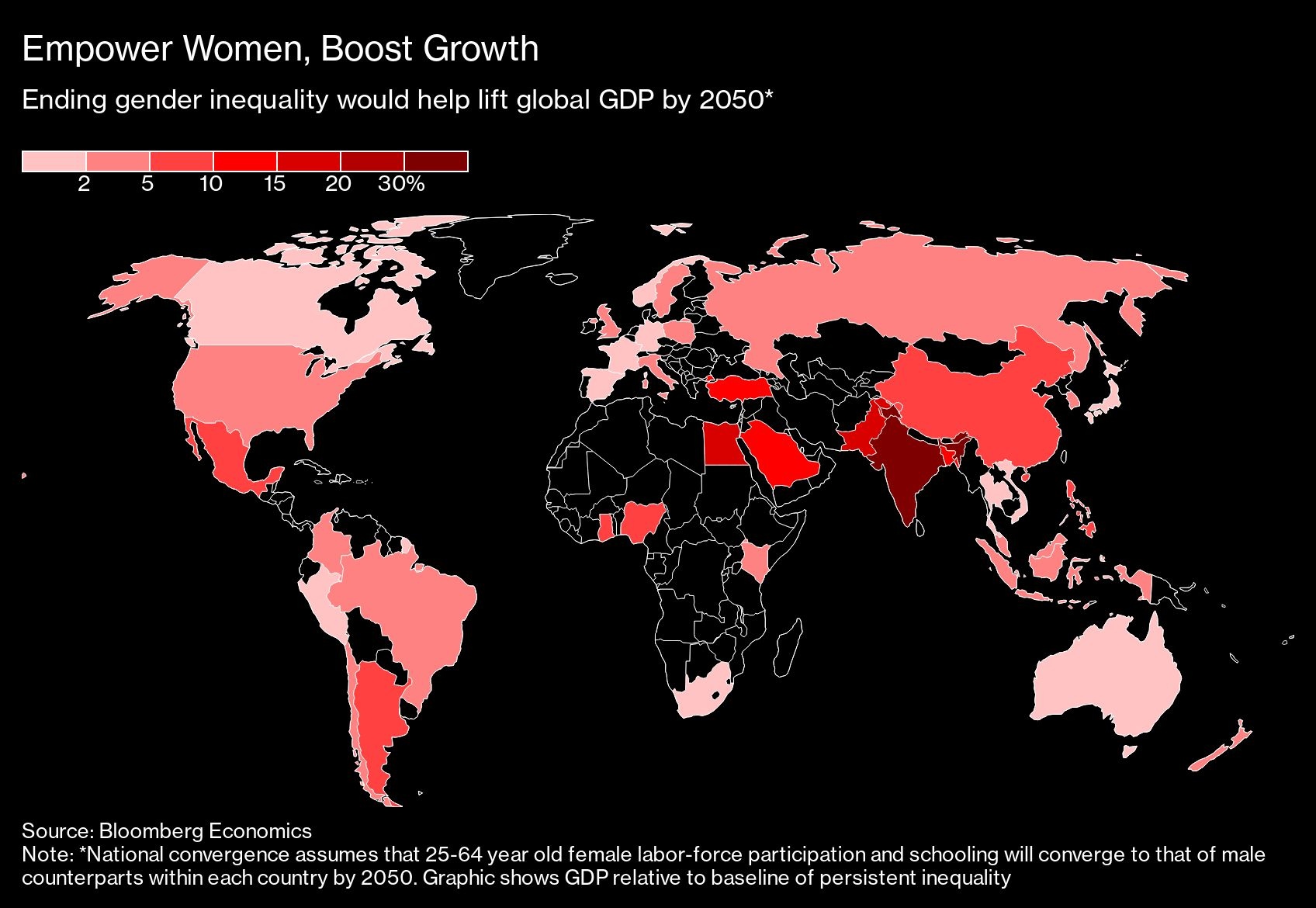 A surge of women in the U.S. have left the workforce this past year amid services-industry setbacks and to care for children whose school or day care closed during the pandemic. Some 1.4 million mothers remained out of the workforce in January, according to the Census Bureau. At the same time, February’s job report showed that participation among prime-aged women improved slightly, though still remained worse than pre-pandemic levels.

India had the lowest female participation rate among countries analyzed in the report, at 16.6 per cent. Closing the gap between men and women could add more than 30% to the country’s gross domestic product by 2050.

“Just as important, countries need to think and redesign their economies to make sure the economy will be able to welcome the additional labor force with productive jobs,” said Bloomberg economist Dupita. “In many countries, barriers to women’s education and employment are deeply entrenched.”