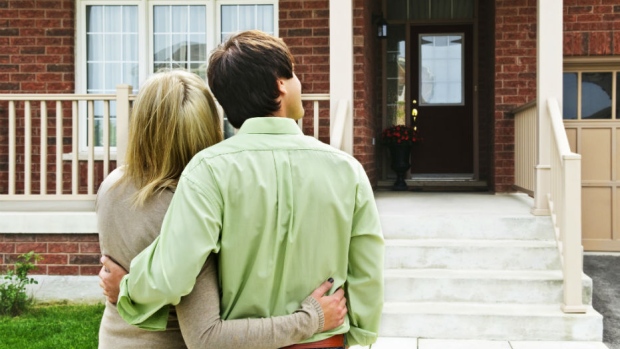 Most Canadian millennials between the ages of 25 and 30 think buying a home is a worthwhile investment, and just over half believe they will be able to afford one in the next five years, according to a new survey.

The Royal LePage Peak Millennial Survey, released Thursday, found that while the majority (67 per cent) of the 1,000 people polled want to purchase a home by 2022, 57 per cent think they’ll have enough money to buy one.

Half of respondents said they are currently renting, while 35 per cent already own a home. Fourteen per cent said they live with their parents.

“The pent up demand for housing from millennials is enormous, with only a third of this large demographic currently owning a property and an overwhelming majority desiring to be homeowners,” Royal LePage CEO Phil Soper said in a release.

Most provinces have seen an increase in residents aged between 25 and 30 over the last five years, according Statistics Canada data, creating more demand for housing.

“Whether they choose to buy or rent, peak millennials will inevitably shape the housing market due to their sheer volume,” Soper said. “We expect demand from this demographic to put additional pressure on entry-level housing and investment properties being used to supplement the limited inventory of purpose-built rental buildings.”

In Ontario and British Columbia, home to the country’s two hottest housing markets, most respondents said home prices in the region are simply too high. Sixty-one per cent of those surveyed said they’d be willing to move to a place where property is more affordable.

Just over half (53 per cent) of respondents said they are willing to spend up to $350,000 on a home, which, for an average property in the country, would get them 2.5 bedrooms, 1.5 bathrooms, and 1,272 square feet of living space, the survey says.

Three-quarters of respondents said they would use their personal savings for a down payment, while only one quarter said they would seek another source of funding, including help from their parents. 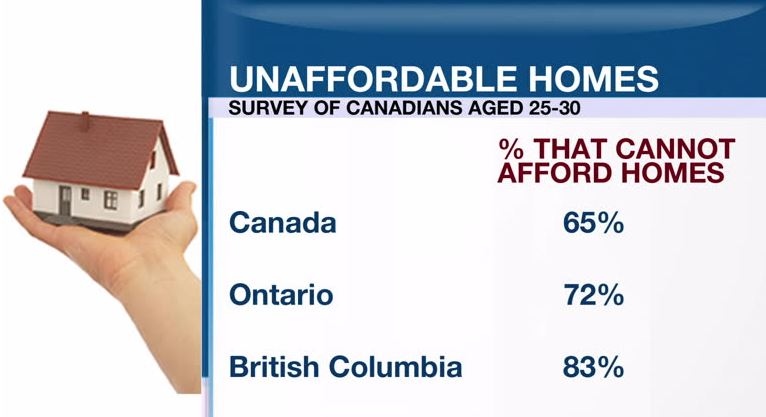