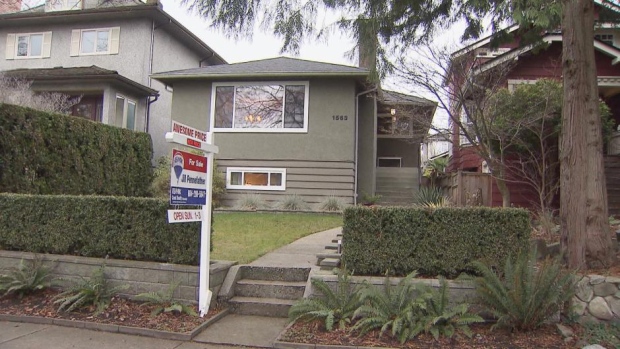 Vancouverites overwhelmingly support a new tax on foreign buyers of Metro Vancouver homes, despite having doubts over its effectiveness in cooling a housing market that has become out of reach for many, according to a poll released Friday.

The Angus Reid Institute survey found that nine out of every 10 respondents say they support British Columbia’s move to introduce an additional 15 per cent tax on homebuyers in Vancouver who are not Canadian nor a permanent resident.

But how do they think the new policy – which takes effect Aug. 2 – will impact the price of their home, or their own hunt in the region’s red-hot real estate market? Here’s what some residents in Vancouver and its surrounding region told BNN about the new tax.

“I’m looking for a home in a really nice area of Vancouver on the west side. Most of my family lives there and I also think it’s a good value play. Right now I’m living on the east side, where the houses are $1.5 to $2 million, versus $3 to $4 million on the west side. We actually put in an offer for a home on the west side, for $2.9 million. The asking price was $2.899 million, so we gave just a few thousand above asking. They took a bunch of offers, and eventually that house was sold for $3.5 million - $600,000 over asking. That was the market a few months ago.

I’m hoping [the foreign buyers’ tax] will calm things down, in the sense that competition will be reduced. The local buyer, you know, people who grew up here and wants to live in a nice neighbourhood … now maybe they’ll at least have a chance to compete. This is the hope… [Foreign buyers] may just look at this 15 per cent tax and think this is the cost of doing business, and say ‘I’ll just pay it, it doesn’t matter. I’ll make it back on selling the house anyway.’ Maybe you need a 50 per cent tax to send a message.

I don’t think it hurts… I mean, I went in with a pretty crazy number for a property, and yet somebody is willing to pay $600,000 more and thought it was basically cheap. I don’t think it can make it worse, I really hope it not.”

On the hunt to buy a condominium in Vancouver

“We have been trying to buy a home for three years but keep getting beaten by foreign cash buyers. We actually put the highest bid on a condo, but because we did not have cash they chose the other buyer… We are waiting now because we feel like the market is changing. We are too afraid to buy at high prices in case [the market] crashes and we are left with a mortgage that is much higher than the property is worth.

The housing market has been crazy for two years but it has taken [the government] this long to do anything. The damage has already been done. Do we really know if this tax will change anything? It all seems too little too late… We would like B.C. to seek out the housing vacancy tax for foreign buyers who have purchased properties for financial gain rather than homes, and implement the tax retrospectively of 15 per cent in a similar vein to the Australian government…

My partner is English and we have seen friends in England purchase houses and start families within the four-year period we have been looking [for a home]… So, at present we are saving as much as we can and looking into the reality of re-locating in the very near future. Vancouver is where our hearts are, but our heads are telling us that time is ticking and with the possibilities of less schools, longer commutes and working hours, it isn't the life we envisioned for ourselves.”

A Vancouver real estate agent with some expatriate clients

“Vancouver is completely chaotic right now. I sold a presale project, and it’s completing at the end of August. A few of the people that I dealt with were overseas buyers, including a British couple, who were living in Vancouver and working as accountants. They bought the unit to live in, and then they were moved by their company to Utah. They want to keep their place because they’ll probably wind up back in Vancouver. But neither are Canadian citizens, neither are currently permanent residents – so all of a sudden it’s going to cost them an extra $80,000 [because of the new foreign buyers’ tax].

The problem is not what [the B.C. government] has done… but basically it’s the way they sprung it on everyone. Contracts that have already been agreed to but are completing later, it’s going to totally screw them up…

I’m also curious about how it’s going to make people feel about buying here. It’s not a very welcoming tax: ‘Welcome to our country, please contribute to our economy, you have to pay 15 per cent more than people who live here.’”

“I currently own a two-bedroom, 900-square-foot condo in Fairview, Vancouver on the west side. My wife and I looked for about a year, on and off, back in 2013 for a bigger place. But there was just too much additional debt to take on at those prices…

[Housing is] not a generational issue, it’s not a race issue; it really is a class issue at this point. Everybody earning a living in the Greater Vancouver Area is struggling, because of the fact that they have to compete with moneyed-interests as well as a lot of foreign investment coming in.

[With the foreign buyers tax], definitely the price of our condo would go down, but then it might help make moving up the property ladder more achievable. At least now, there’s an opportunity for us not to have to take on a crippling amount of debt. I think that goes for a lot of people, too – having that opportunity is very crucial if we want to keep young families in the city.

I work in tech, so we have looked at living in Seattle, which is just 2.5 hours away and I have much better earning potential and job prospects. But we chose to stay in Vancouver. Our friends and family are here…We want our daughter to grow up seeing her grandparents on weekends.”

A renter in Chilliwack, B.C., who fears he’s been priced out of the market

“I currently live in Chilliwack, which is an hour outside of Vancouver… We’re currently trying to find a place to rent in Chilliwack, since our landlord sold our place. There has been a big shift in people buying up homes here, throughout the Fraser Valley, and that’s driven up the number of tenants and created a rental crisis here. A lot of homeowners are taking advantage by jacking up rents. To rent a smaller home than our current townhouse is $500/month more compared to a year ago.

I think [the foreign buyers tax] is a step in the right direction… at least they’re addressing the issue and admitting it, rather than just denying or downplaying it. [The tax is] mostly focused on Metro Vancouver though, which I worry will create incentive to view Chilliwack and other areas outside Vancouver as a discount.

I’m lucky; I’m going to have a decent salary in a year. But if I’m struggling and I’m having to settle for a smaller home and higher mortgage, I can’t imagine what other families without that option are doing … When I start practicing medicine, I’m absolutely considering moving to Kamloops, Lethbridge, Kelowna, or even Alberta – which is quite attractive because they pay more and the cost of living is less.

We need to have a fundamental change in how we view housing. It’s viewed as an investment and almost played as a stock exchange right now. I’m not sure how that’s going to happen – but for our children to be able to afford a home in the future, I think we need to see housing not as a source of income but as a place to have a good quality of life with family.”