Netflix Inc. shares edged higher in U.S. pre-market trading, though remain far below 2018 and 2019 highs, after a mixed earnings report that showed overseas growth helping to offset a slowdown at home amid increasing competition from Walt Disney Co. and Apple Inc.

Analysts were generally positive about the results and, while first-quarter guidance missed estimates, Piper Sandler analyst Michael Olson said that the forecast may be conservative. Netflix added 8.3 million subscribers internationally in the fourth quarter to surpass 100 million paid memberships outside of the U.S. for the first time.

Stifel analyst Scott W. Devitt noted that Disney+ appeared to have a less meaningful impact in available international markets than in the U.S. Still, the analyst cautioned of the potential impact from the broader rollout of Disney+ in EMEA toward the end of the first quarter. 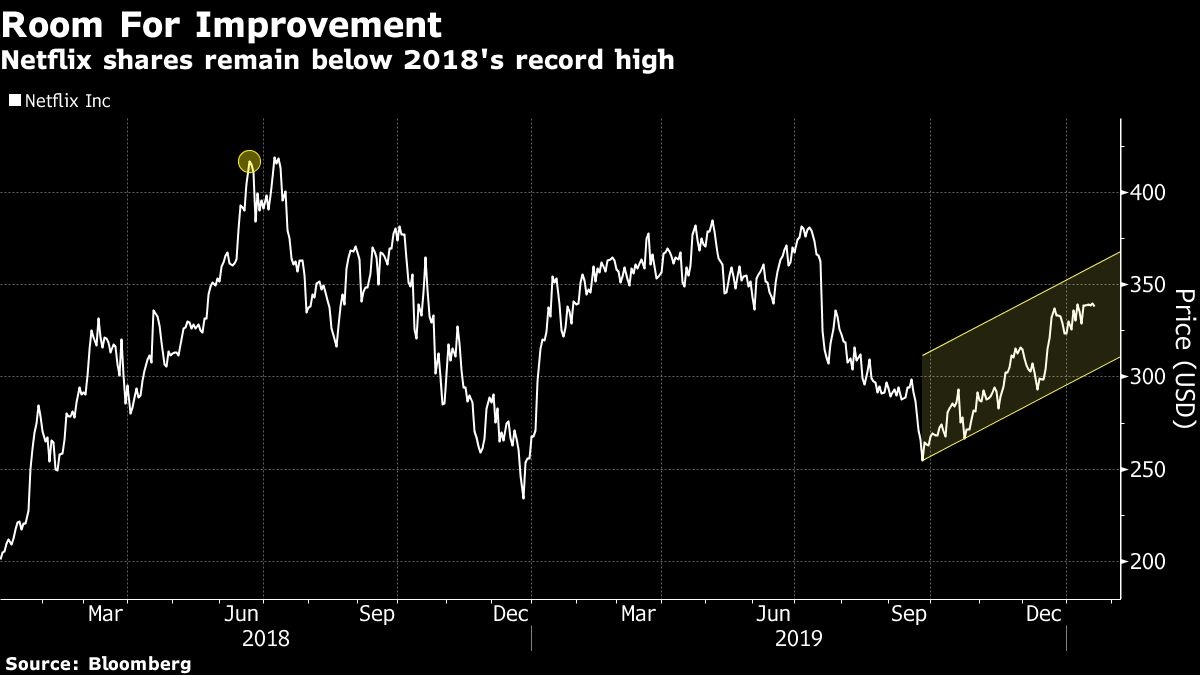 Here’s a summary of what some other analysts had to say.

Notes that local originals were the most popular titles in 2019 in countries including India, Japan, Turkey, Sweden and the U.K.

Guidance for nearly US$1 billion in free cash flow improvement begins the path toward positive FCF and reinforces confidence in the earnings outlook.

Netflix reported a “strong” fourth quarter thanks to international subscriber additions, though its first-quarter outlook was below consensus and “likely conservative.”

Domestic streaming net subscriber additions were below the Street, likely due to the combination of elevated churn from pricing changes applied earlier in the year and new competition from Disney and Apple.

“A mixed bag,” with domestic competition demonstrated by U.S. churn but with outperformance at the international business, leaving Netflix’s underlying growth opportunity intact.

Also notes that from next year, consumers will have to make more thoughtful streaming decisions. as promotional pricing from Apple TV+ and Disney+ comes to an end.

“Including video offerings with other paid products and services creates a temporary perception of value in the minds of consumers and an opportunity for video providers to hook viewers, but, eventually, that perception changes.”

While U.S. churn remained slightly elevated after a price increase and competitive launches, “solid” growth in U.S. subscribers pushes back materially on the most bearish views.

--With assistance from Lisa Pham and William Canny.