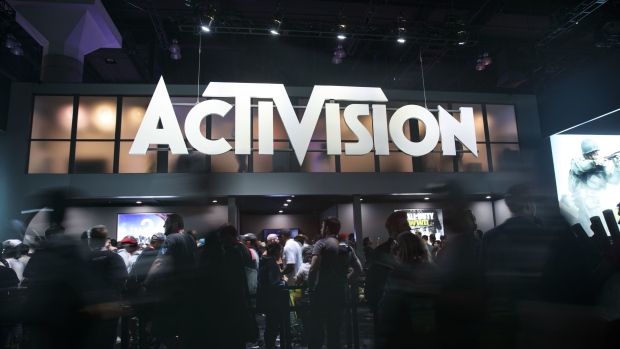 (Bloomberg) -- Some Activision Blizzard Inc. users are calling on video-game fans to shun its products in support of employees preparing to walk out Wednesday over the company’s response to claims of sexual harassment and unequal pay.

“You can support #ActiBlizzWalkout by not playing their titles tomorrow,” Twitter user Shannon wrote on Tuesday. The post garnered more than 2,300 retweets and over 5,000 likes. In the comments, other users suggested not logging into games or even uninstalling them.

Last week, California’s Department of Fair Employment and Housing sued Activision, detailing incidents of sexual harassment and assault, as well as a culture in which women faced unequal pay and retaliation.

The employees are protesting the company’s responses to the sexual discrimination lawsuit and are demanding more equitable treatment for underrepresented workers.

In his email, Kotick said he hired the law firm WilmerHale to conduct a review of its polices and promised “swift action” to stamp out harassment.

“There is no place anywhere at our company for discrimination, harassment, or unequal treatment of any kind,” Kotick said. “We will do everything possible to make sure that together, we improve and build the kind of inclusive workplace that is essential to foster creativity and inspiration.”

It’s been a turbulent year for Activision and Kotick. Earlier this summer, a number of shareholder groups claimed that Kotick is overpaid, but the company still gained shareholder approval of its executives’ compensation.