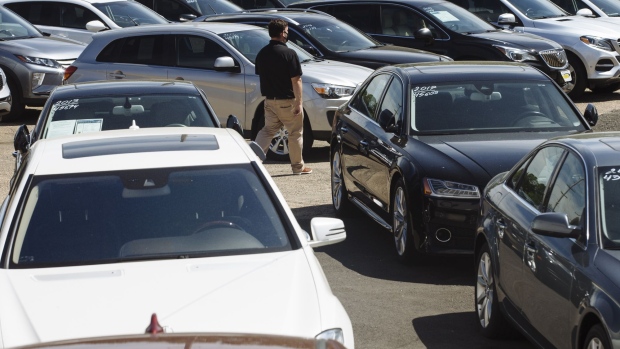 (Bloomberg) -- ACV Auctions Inc. priced its initial public offering Tuesday above its marketed range at $25 a share, according to a person familiar with the matter who asked not to be identified because the information wasn’t public yet.

The Buffalo, New York-based company, which provides an online marketplace for auctioning used cars, was used by more than 16,000 dealerships and other participants last year, according to filings with the U.S. Securities and Exchange Commission.

The company’s biggest backer, Bessemer Venture Partners, will control as much as 29% of the shareholder voting power after the listing.

The offering is being led by Goldman Sachs Group Inc., JPMorgan Chase & Co., Citigroup Inc., Bank of America Corp. and Jefferies Financial Group Inc. The shares are expected to begin trading Wednesday on the Nasdaq Stock Market under the symbol ACVA.