WestJet lays off 3,333 in latest round of aviation job cuts

Positive reactions to bailout deals at Deutsche Lufthansa AG and Air France-KLM quickly waned as investors turned their focus to carriers’ difficulties in recovering from the novel coronavirus pandemic.

Lufthansa shares are on track for their worst weekly performance since the end of April, down 11 per cent over five days, even after a nine-billion-euro (US$10.1-billion) rescue that shareholders approved Thursday. Air France-KLM declined Friday to reach a one-month low, reversing an initial jump of 9.8 per cent early in the session. 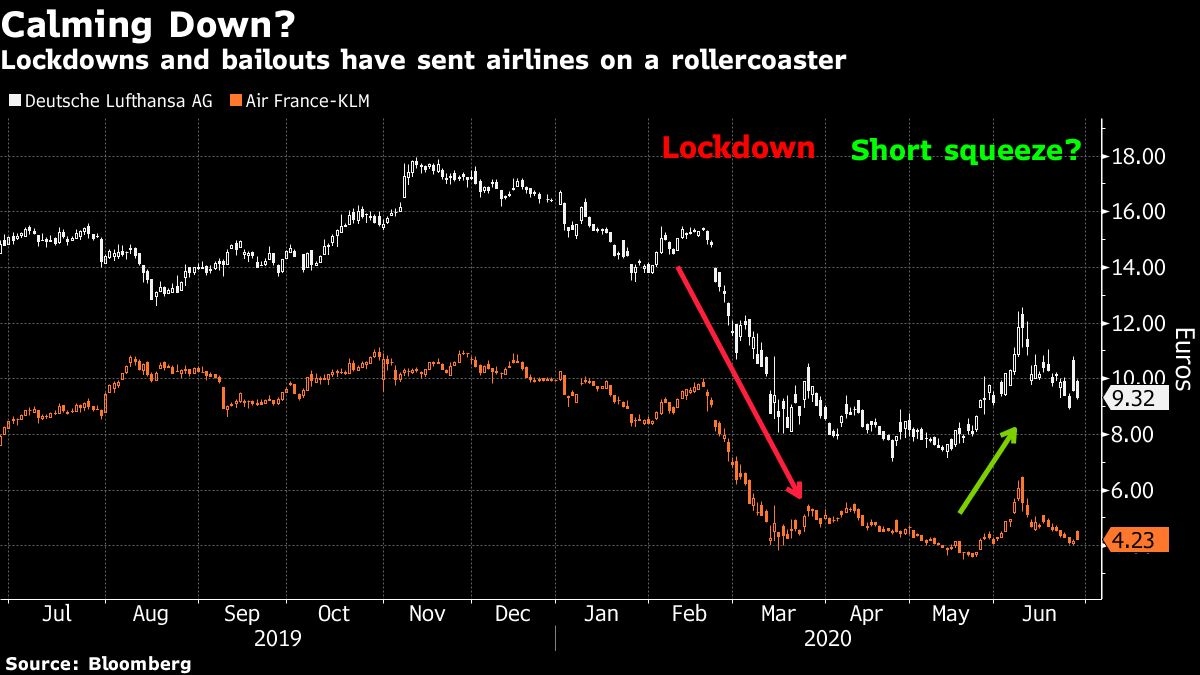 “For the time being, the risk of insolvency is off the table and the funds can flow” at Lufthansa, Dirk Schlamp, a DZ Bank analyst who recommends selling the German company’s stock, wrote in a report to clients. Still, “major challenges await” as the carrier faces “extensive restructuring due to excessive costs,” with the airline industry unlikely to return to pre-crisis business until 2023 at the earliest.

Shareholders’ clearance of Lufthansa’s bailout concluded months of negotiations with the German government, and followed speculation about whether billionaire Heinz Hermann Thiele, the carrier’s largest investor, would scuttle the deal. In the end, he backed it.

Air France-KLM shareholders cooled after initially reacting positively to a 3.4 billion-euro bailout that the Netherlands pledged Friday for the group’s Dutch arm. While that helps liquidity, it’s also “worrying” for the airline’s financial condition, given another seven billion euros in assistance from France plus the carrier’s existing debt, Goodbody Stockbrokers analysts Mark Simpson and Nuala McMahon said in a report.

Reactions to the bailouts might not be more enthusiastic because both stocks have already gained since mid-May. Lufthansa in particular saw a “gigantic short squeeze,” as bets on the shares’ decline were countered by the pandemic developing “in a less devastating way than feared four weeks earlier,” according to Guido Hoymann, an analyst at Bankhaus Metzler.