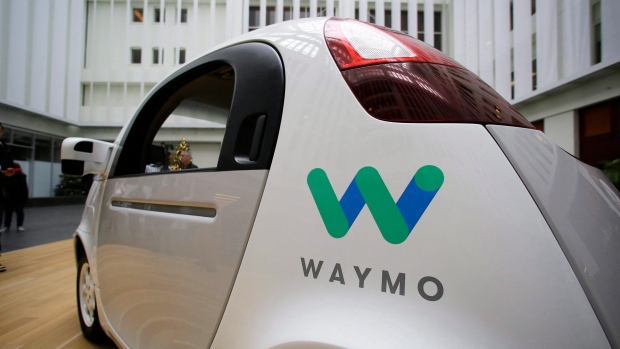 The Waymo driverless car is displayed during a Google event, in San Francisco on Tuesday, Dec. 13, 2016 , The Canadian Press

Waymo, the self-driving car unit of Alphabet Inc (GOOGL.O), signed an agreement with Avis Budget Group Inc (CAR.O) under which the U.S. car rental firm will manage its fleet of autonomous vehicles, the companies said on Monday.

Waymo recently said it was adding hundreds of Chrysler Pacifica minivans to build a 600-vehicle fleet.

Avis' shares rose as much as 21 per cent to US$29.32 in morning trading, recording their biggest intraday percentage gain in more than five years. Alphabet's shares were little changed at US$984.88.