Aphria CEO: Why our cannabis sales fell from prior quarter

After a tumultuous period that led to the departure of several key members of its management team, including former CEO Vic Neufeld, Aphria aimed to address several key issues after it released its third-quarter results on Monday.

The Leamington, Ont.-based cannabis company settled its hostile takeover battle with Green Growth Brands Inc., took a one-time $50-million impairment charge relating to its Latin American operations that attracted short sellers' scrutiny in December, and acknowledged the supply shortages and packaging constraints that led it to a net loss of $108.2 million.

“Aphria’s been through a lot over the past three months … Just think of what we’ve been through and what we’ve been able to deal with,” said Irwin Simon, the company’s chairman and interim chief executive officer, in an interview on BNN Bloomberg Monday. “This is a new industry and Aphria has come out and said we look to do $1 billion [in revenue] by 2020. It’s not what we’re doing today – it’s what we’re ultimately going to do.”

Still, Aphria’s investors didn’t look too kindly on the company after it missed analyst expectations on both the top and bottom line. Excluding charges, Aphria's adjusted quarterly loss was $0.20 per share, more than the loss of $0.05 per share that analysts were expecting on average, while the company’s $73.6-million revenue fell short of the $83.5 million that was expected.

Aphria’s shares closed Monday 14.24 per cent lower at $11.50 on the Toronto Stock Exchange.

“The big problem for all these companies is that they’re missing on the top line,” said Taylor, who recently sold his firm’s position in Aphria, in a phone interview. “People got excited on the sector because of the dream of massive growth and a lot of these companies failed to even deliver on that.”

With the GMP Securities Cannabis Conference underway in Toronto, BNN Bloomberg discusses the outlook for the sector with Steve Ottaway, managing director of investment banking at GMP Securities. He also weighs in on Aphria and OrganiGram's latest quarterly results.

The potential for Aphria to be part of a North American cannabis giant faded away after it negotiated an early end to Green Growth’s takeover offer for the company. Both companies agreed to sell their respective positions in each other, netting Aphria a gain of $87 million, Simon said.

Aphria also acknowledged its operations in Colombia, Argentina and Jamaica – which were questioned by short sellers in December – were part of an “impairment test” requested by the Ontario Securities Commission, leading to a $50-million non-cash impairment charge to the carrying value of those assets.

“That writedown is a non-cash charge, but it doesn’t say ‘the asset is worthless,’ and it does not say ‘that we’re not going to emphasize on the asset.’ The asset is absolutely a part of our strategic growth going forward and the asset has a lot of value in it as we bring all our assets together internationally,” Simon told BNN Bloomberg.

Despite revenue shortfalls, Simon maintained his optimism that the company will generate $500 million in revenue this calendar year and $1 billion by the end of 2020 during a conference call with analysts earlier on Monday. The company said it expects expenses in the next quarter will be similar to the prior period due to lingering packaging issues, but that it should improve later this year.

With a hostile takeover and short sellers' report in its rearview mirror, Simon is now steering the company through a 90-day strategic plan to evaluate Aphria’s global operations.

Simon said the company is taking time to figure out what products and brands it needs to focus on, and whether it needs to partner with a major food, alcohol or consumer-goods company. Aphria is also working to determine when it should make inroads into the burgeoning CBD market in the U.S.

Two new Aphria board members – former Whole Foods CEO Walter Robb and Real Madrid executive David Hopkinson – will both be along for the ride. Both Robb and Hopkinson will be tasked with leveraging their insight on retail, consumer packaged goods and introducing products in new markets. They are joining Aphria’s board following the departure of Neufeld, and co-founders Cole Cacciavillani and John Cervini. 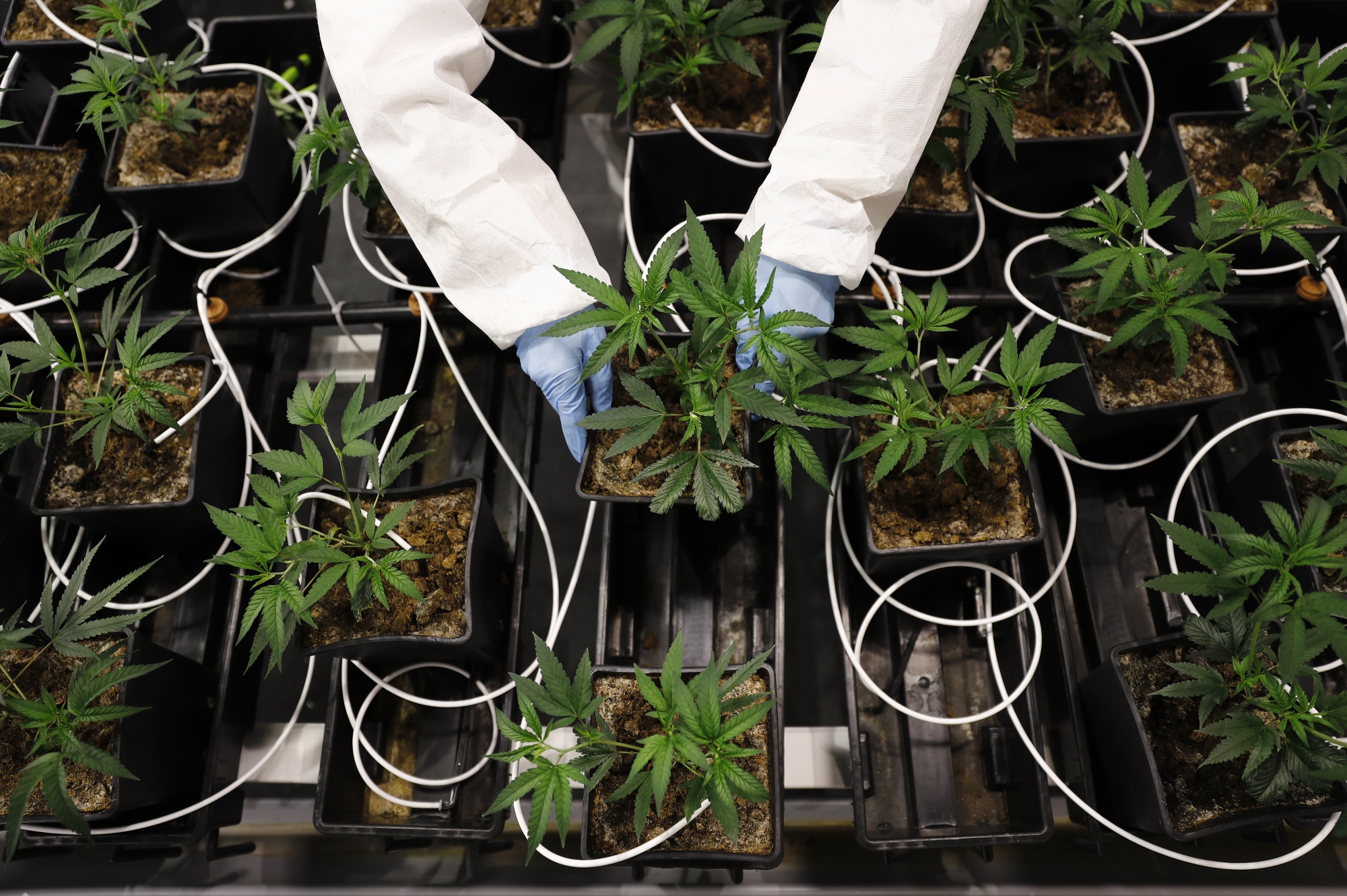 The company did sell some pot in its first full quarter of legalization, just not as much as in its prior quarter amid supply issues relating to the licensing of two of its Leamington greenhouse facilities. Aphria said it sold 2,636.5 kilograms of cannabis, down from 3,408.9 kilograms in the first few months of legalization.

“Isn’t it legal? Aren’t we supposed to be making money?” said Barry Schwartz, chief investment officer and portfolio manager at Baskin Wealth Management, in a phone interview. “[Aphria is] not selling a fantasy. They’re selling a product that should cost them next-to-nothing to make, and they can’t seem to beat the black market.”

Simon said Aphria’s supply and packaging issues may be resolved by the end of the year amid the company’s emphasis on automation at its Leamington facilities. While the company has provided a glimpse on social media of how it will be able to automate the process of putting dried cannabis flower into jars for sale or extraction into resin, Simon said the new processes will reduce labour costs over the second half of the calendar year.

“If we got supply, we got automation, we got our packaging, we got our costing in place, the orders are there and it's just pulling all together now,” Simon said.