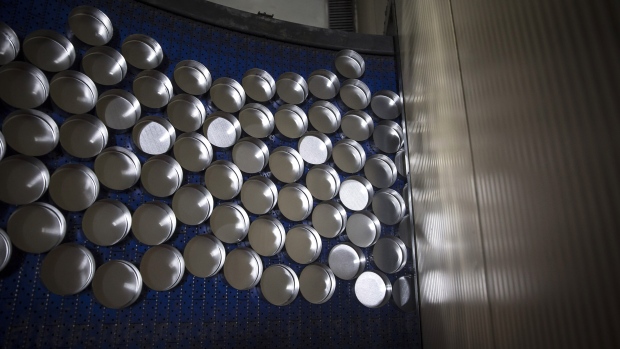 Apple Inc. is taking delivery this month of the first batch of carbon-free aluminum produced by a Montreal-based venture, helping move the iPhone maker closer to its greenhouse-gas reduction goal.

Elysis, a joint venture between Rio Tinto Group and Alcoa Corp. backed by Apple, uses new technology that emits pure oxygen when producing aluminum. Apple has said in an environment report that 80% of its emissions from an iPhone 8 came during the production phase. The metal is also used in iPads, Macs and Apple watches.

“For more than 130 years, aluminum — a material common to so many products consumers use daily — has been produced the same way,” Lisa Jackson, vice president of environment, policy, and social initiatives at Apple, said in an emailed statement.

Rio’s commercial network is handling the first delivery to Apple, a Rio spokesman said in an email.

The metal being shipped to Apple was produced at the Alcoa Technical Center in Pittsburgh.

“This first sale is tangible evidence of our revolutionary work to transform and disrupt the conventional smelting process by making a process that is both more efficient and more sustainable,” Benjamin Kahrs, an Alcoa executive vice president and Chief Innovation Officer, said in a statement.

--With assistance from Mark Gurman and Steven Frank.