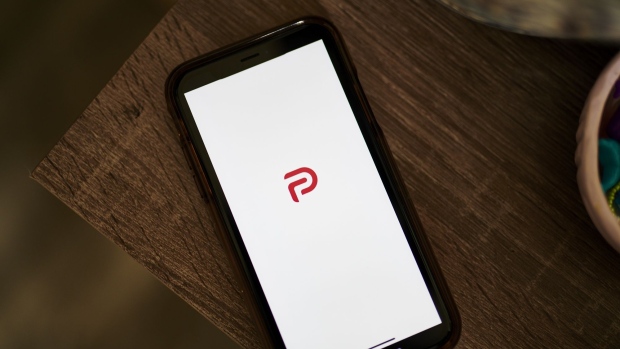 The Parler website home screen on a smartphone arranged in the Brooklyn borough of New York, U.S., on Friday, Dec. 18, 2020. Parler bills itself as a non-biased social network that protects free speech and user data. John Matze, chief executive officer, says the platform saw great growth during the 2020 election as many conservatives moved away from products like Facebook and Twitter. , Bloomberg

(Bloomberg) -- Apple Inc. threatened to remove social-media service Parler from its App Store if the developer doesn’t make key changes after the app was used to help organize the riots this week at the Capitol in Washington.

In a letter to the developers of Parler, Apple said it will pull the app in 24 hours if it does not get a plan to moderate the service more.

“You must respond to this message with detailed information about how you intend to moderate and filter this content from your app, and what you will do to improve moderation and content filtering,” Apple wrote.

BuzzFeed News earlier reported on the letter. An Apple spokesman declined to comment. Parler didn’t immediately respond to a request for comment.

Parler was “used to plan, coordinate, and facilitate the illegal activities in Washington D.C. on January 6, 2021 that led (among other things) to loss of life, numerous injuries, and the destruction of property,” Apple said in its letter to Parler.

On its App Store page, Parler describes itself as a “non-biased, free speech social media focused on protecting user’s rights.” The service has gained popularity with extremists as Facebook Inc. and Twitter Inc. have cracked down on users who promote violence.