Markets should rally towards the end of the year: Portfolio strategist

U.S. stocks fell the most in a month and bond yields rose as investors evaluated the resilience of the global recovery amid concerns about the delta virus strain and risks from China.

The 0.9 per cent drop in the S&P 500 came amid the quarterly expiration of options and futures on Friday, which can trigger volatility. The materials, utilities and technology sectors pushed the benchmark index into the red for a second day, erasing gains from earlier in the week. The index dipped below its 50-day moving average, a key technical level that has provided support during previous market selloffs this year. The tech-heavy Nasdaq 100 slumped 1.2 per cent, the biggest drop since May. Casinos extended declines amid tightening restrictions in Macau, while miners led a drop in Europe’s Stoxx 600 Index as iron ore slumped toward US$100 a ton.

“September is starting off in typical fashion, with stocks struggling to maintain optimism in the face of a likely pending shift in Fed policy, slower growth and uncomfortably high inflation,” Bloomberg Intelligence’s Gina Martin Adams wrote in a note.

The University of Michigan’s preliminary sentiment index showed U.S. consumer sentiment rose slightly in early September but remained close to a near-decade low, while buying conditions deteriorated to their worst since 1980 because of high prices.

Asian equities were mixed amid the debt crisis at China Evergrande Group and a short-term cash injection by the central bank to help soothe nerves. 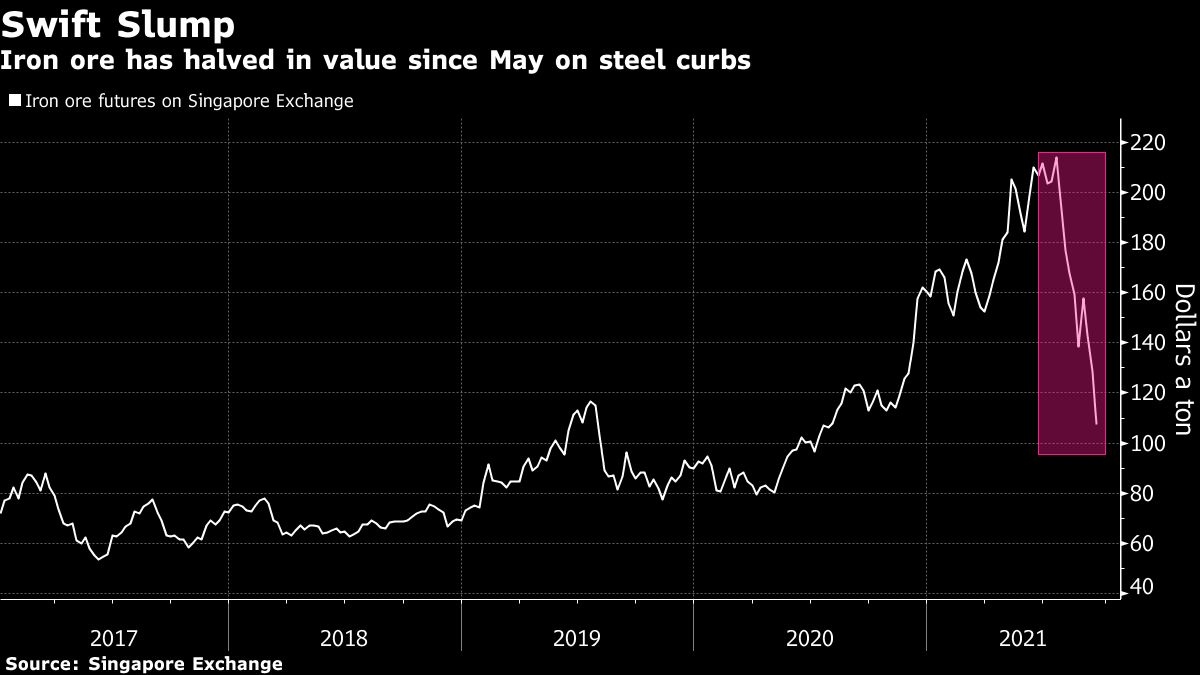 “We’re not necessarily in a period of a lot of negative catalysts, we’re in a period of a lack of positive catalysts,” said Randy Frederick, managing director of trading and derivatives with the Schwab Center for Financial Research. “And we may not get a huge amount of upside momentum until we get something positive like potentially earnings, which is still a couple of weeks out.”

Global equities posted a second weekly drop, restrained by the impact of the delta variant on economic reopening, the implications of elevated inflation and the upheavals in China. The Federal Reserve will probably hint at its meeting next week that it’s moving toward scaling back monthly asset purchases and make a formal announcement in November, according a Bloomberg survey of economists.

Oil slipped, while gold advanced. An index of commodity prices dipped, but remains in sight of a record hit in 2011, underscoring the inflation concerns rippling across the world economy.