A third dose of AstraZeneca Plc’s COVID-19 vaccine significantly boosted neutralizing antibodies against omicron, according to lab studies at the University of Oxford.

The vaccine, created by Astra and Oxford, saw antibodies increase to similar levels as those after two doses against the delta variant with a booster shot, the drug company said Thursday. A third dose also produced higher levels of neutralizing antibodies than those found in individuals who had recovered naturally from the alpha, beta and delta strains.

The results are largely good news for the vaccine, which has been sidelined in the West as a booster after messenger RNA vaccines were shown to be more effective in various trials. The study looked at 41 people who had been given a third dose. 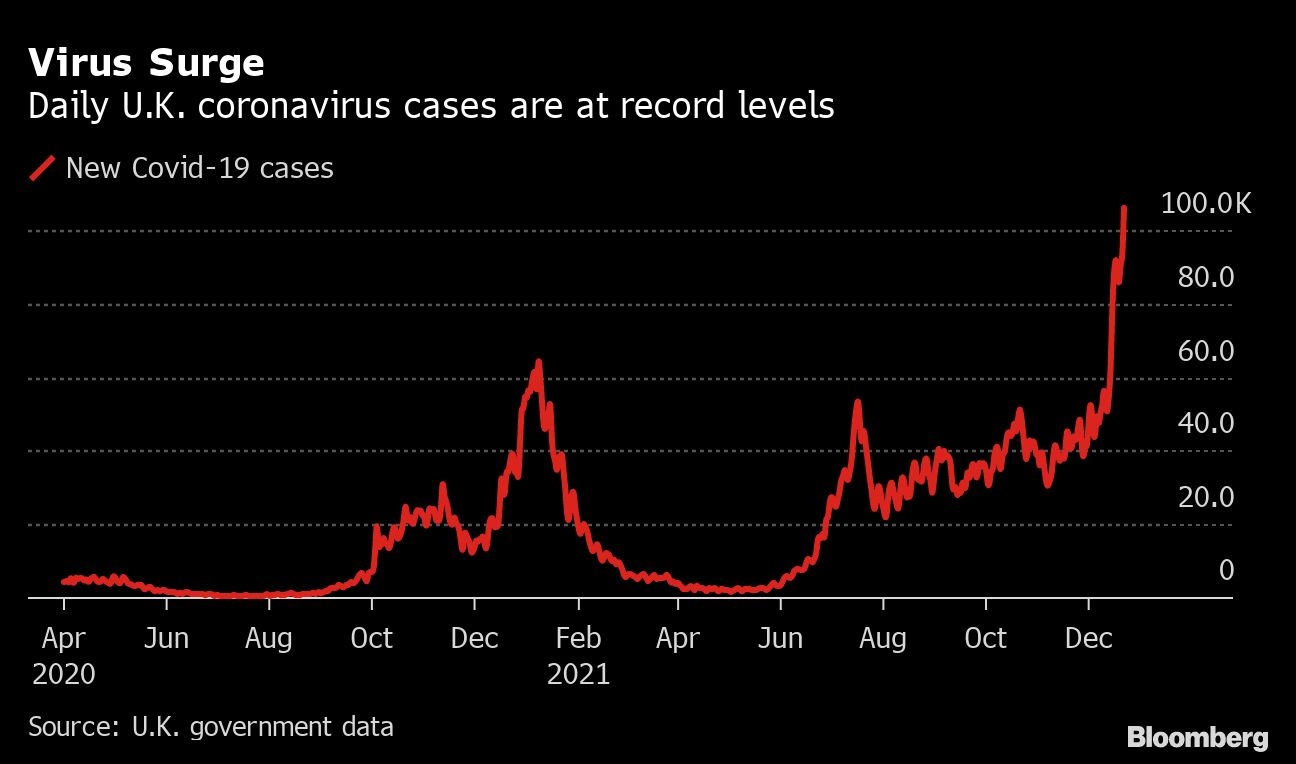 However, early studies out of South Africa, Scotland and England show the highly mutated omicron variant appears less likely to land patients in the hospital than delta. The findings raise hopes there will be fewer cases of severe disease, yet omicron’s greater infectiousness means it could still severely affect health services, fueling the need for boosters.

“It is very encouraging to see that current vaccines have the potential to protect against omicron following a third dose booster,” said John Bell, a professor of medicine at Oxford and one of the study investigators. “These results support the use of third dose boosters as part of national vaccine strategies, especially to limit the spread of variants of concern, including omicron.”

Neutralizing antibodies against omicron were 3.6-fold lower 28 days after a booster Astra shot compared with the levels seen from three shots against delta, according to a preprint of the study. Exactly the same reduction was seen from the Pfizer Inc. vaccine compared with delta in the study.

The results come after Pfizer and Moderna Inc. released studies on how their vaccines stand up against omicron in recent weeks. Initial lab tests from Pfizer and partner BioNTech SE showed a third dose of their COVID-19 vaccine may be needed to neutralize omicron after researchers observed a 25-fold reduction in neutralizing antibodies that fight the variant from two doses.

Novavax Inc said Wednesday that its vaccine generates an effective immune response against the variant, but added it could be necessary to develop an omicron-targeted vaccine.

Data from another lab study showed two doses Astra’s retained some protection against omicron, although a 36-fold decrease in antibody levels was observed from the original virus strain.

Separately, Astra published more results on the impact of omicron on its COVID-19 antibody drug Thursday after the company said last week the therapy retained neutralizing activity against the variant in lab testing.

Tests using a live version of the virus conducted by University College Oxford and Washington University School of Medicine in St. Louis found neutralizing antibody levels were similar to individuals who had been previously infected with COVID-19.