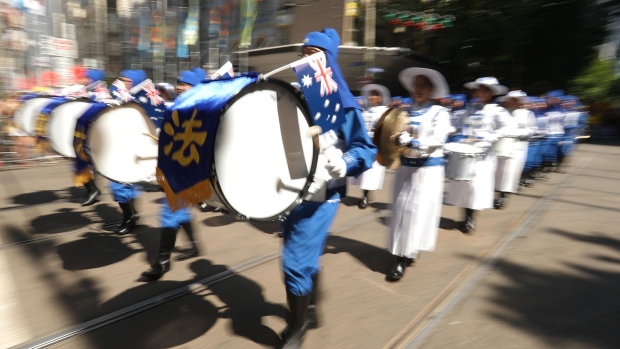 (Bloomberg) -- Top Australian political and business figures are beginning to distance themselves from the country’s controversial national holiday, amid growing pressure to eradicate a day marking the start of British colonization.

Chief Executive Officer Vicki Brady of Telstra Corp., one of the country’s largest mobile providers, said she had chosen to work on Australia Day rather than take time off out of respect for Indigenous Australians. Tennis Australia said in a statement this week that there would be no celebration during the 2023 Australian Open, apart from the playing of the national anthem in the evening.

The state of Victoria, the country’s second most populous, announced it would be canceling its Australia Day parade.

Australia Day is held on January 26, the date on which the first British settlers arrived to colonize the country in 1788. It’s a painful anniversary for hundreds of thousands of Indigenous Australians, marking the start of years of killings and dispossession, and many refer to it instead as Invasion Day.

Australia is the only former British colony to celebrate the start of colonization as its national day.

A spokesperson for major department store chain Kmart, owned by Wesfarmers Ltd. — which has in the past proudly sold Australian flag tank tops and swimwear in celebration — told Bloomberg this week that it had been moving away from selling Australia Day merchandise for years.

Supermarket giant Woolworths Group Ltd. is allowing workers to choose whether or not they want to take the public holiday.

“We have provided our leaders with advice how they can support team members who are uncomfortable and would prefer not to work on that day,” a spokesperson told Bloomberg in a statement Wednesday.

Telstra’s Brady wrote on LinkedIn that the date was a “painful reminder of discrimination and exclusion” for Indigenous Australians.

“It marks a turning point that saw lives lost, culture devalued, and connections between people and places destroyed,” she said.

Pressure has been building for years among Australian progressives to change the date to create a new holiday which all citizens can enjoy, while many conservatives are fiercely against moving it.

Chris Wallace, a politics expert and professor at the University of Canberra, said there was clear momentum building for a change of date for Australia Day. The logical new day would be the formal creation of the nation of Australia on Jan. 1, 1901.

“Jan. 26 makes no sense, is historically insensitive and counterproductive to reconciliation in Australia,” she said.

The increased moves to back away from Australia Day have infuriated some Australians who still choose to celebrate their national holiday.

“I could see a day coming when a government may decide that they think its fashionable or politically expedient to just go ahead and do it, and I think it’s wise to put a little protection in there,” he told 4BC Radio.

In a Twitter post Tuesday, Queensland state MP Jarrod Bleijie described Brady’s stance as “unAustralian” and implied he would be ending his mobile phone contract with Telstra.

Another 33% of respondents said they wanted to see a separate day specifically honoring Indigenous Australians.

That’s put pressure on Prime Minister Anthony Albanese’s center-left Labor government. Australian Treasurer Jim Chalmers said this month that while the government understood Australia Day was “a challenging day for a lot of Australians,” there were no current plans to change the date.

In the meantime, it’s taken steps to allow more flexibility on how Australians respond to their national day since coming to power in May 2022. Last year, it overturned the ban on local councils holding citizenship ceremonies on days other than Australia Day, and ended a mandate forcing government workers to take the day off.

Since then, some Australian local councils have announced they will be holding their 2023 ceremonies on the days surrounding January 26, as a show of support for Indigenous Australians.