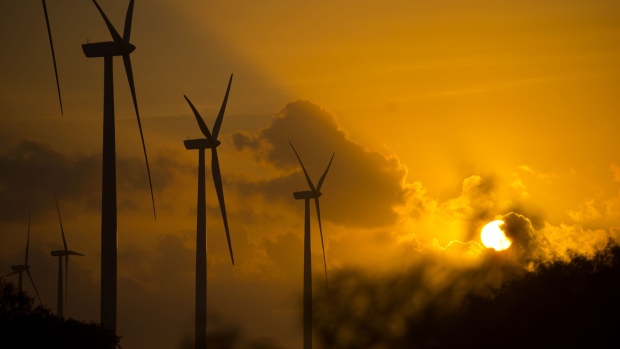 Wind turbines stand during sunset at the Avangrid Renewables' Baffin Wind Power Project in Sarita, Texas, U.S., on Wednesday, June 14, 2017. In the cut-throat Texas energy market, the construction of coastal wind turbines—some 900 in all—has had a profound impact. It's been terrific for consumers, helping further drive down electricity bills, but horrible for natural gas-fired generators. , Bloomberg

While turbines froze in much of the state, Avangrid’s blades in the south managed to spin. In fact, they produced more power than normal, generating tens of millions of dollars for the company, said Jose Ignacio Sanchez Galan, CEO of Avangrid’s majority owner, Spanish utility Iberdrola SA. He didn’t specify a precise total.

“We got good money from this,” Galan said in an interview.

The disclosure is the latest detail to surface in the slowly emerging picture of financial winners and losers from the crisis that left millions of people without power for days. While some plants froze and racked up huge bills buying power on the spot market to meet their contractual obligations, many that kept running generated big returns as prices jumped to record levels.

Avangrid last month said its operations were impacted for a short period, but that it met all firm delivery obligations -- and delivered excess energy to the grid.

To Galan, the Texas outages underscore a barrier to the expansion of renewable-energy capacity: a shortage of interconnection between electric grids.

Reimagined electric grids could help the U.S. avoid a repeat of what happened in Texas -- and support new wind and solar power needed to help achieve President Joe Biden’s goal of sourcing all electricity from carbon-free sources by 2035.