A deterioration in the outlook for China saw bets for world economic expansion fall for the first time since October, in BofA’s poll conducted Feb. 6 through Feb. 13. A net 18 per cent of respondents forecast stronger growth over the next 12 months versus 36 per cent in January’s survey, according to a note.

Newsflow on the virus outbreak has whipsawed markets since the start of 2020, with Apple Inc.’s sales warning the latest sign that corporate and economic damage may be greater than expected. Still, risk assets have fared well in February and global stocks last week hit a new record high, boosted by mostly positive earnings reports and a dearth of alternatives to equities.

Polled fund managers expected upside for U.S. stocks, with the S&P 500 seen peaking at 3,470, or 2.7 per cent above the Friday close. The bullish conviction is underscored by bets that 10-year U.S. Treasury yield will stay within the current 1.4 per cent to two per cent range in the first half of 2020.

Coronavirus appeared as the third-biggest tail risk in the survey after the bond bubble and U.S. presidential election.

BofA’s February global survey had 194 participants with US$632 billion in assets under management.

• Investors continued reducing their exposure to cash, which fell to four per cent in February, the lowest level since March 2013

• Net six per cent of investors expect growth to outperform value stocks over next 12 months, the biggest jump in favor of stocks with higher earnings prospects since Dec. 2014 and highest reading since July 2008 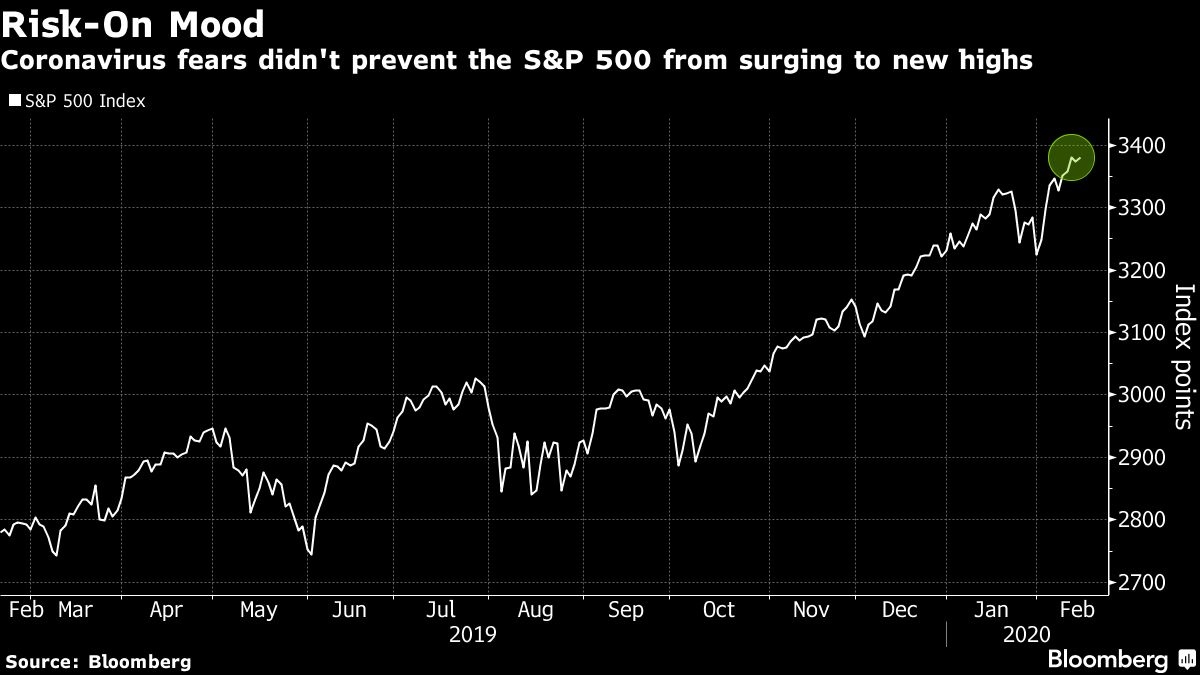