The Bank of Canada said the country’s economy appears to have avoided the worst case scenario, prompting policy makers to wind down some market operations and pare back estimates of the downturn.

In a decision Wednesday where it left its benchmark interest rate unchanged at 0.25 per cent, as widely expected, policy makers took on a more optimistic tone on the outlook, adjusting their forecasts for second quarter gross domestic product to a less severe contraction. They also said they’re focus is shifting toward supporting the economy rather than financial market functioning, suggesting no new programs are in the works. 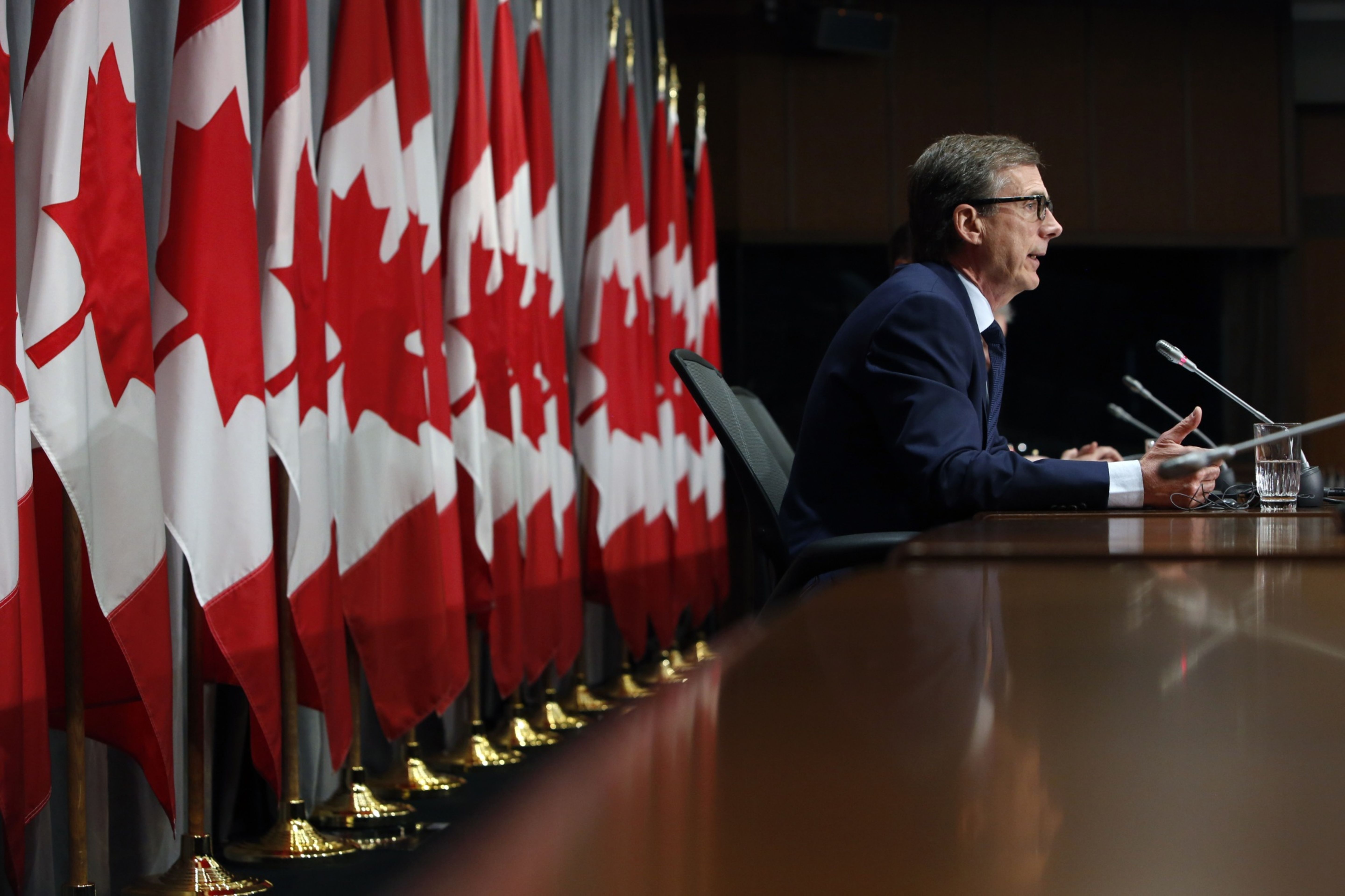 Do you agree with the Bank of Canada that the COVID-19 impact has peaked?

“This impact appears to have peaked, although uncertainty about how the recovery will unfold remains high,” the Ottawa-based central bank said in a statement. “Decisive and targeted fiscal actions, combined with lower interest rates, are buffering the impact of the shutdown on disposable income and helping to lay the foundation for economic recovery.”

Wednesday’s interest rate decision was the last under Stephen Poloz. New Governor Tiff Macklem participated as an observer during the deliberations and endorsed the decision, according to the statement.

The Canadian dollar reversed losses on the decision and was trading 0.2 per cent higher at $1.3489 against its U.S. counterpart at 11:10 a.m. Toronto time. Yields on Canadian government two-year bonds rose 2 basis points to 0.32 per cent

“We’re struck by how comfortable the Bank appears to be about the path forward; if the BoC is worried about lasting impacts from the recession, they aren’t sharing them here,” TD Securities strategists led by Andrew Kelvin wrote in a report to clients.

“The Canadian economy appears to have avoided the most severe scenario,” the Bank of Canada said.

Policy makers also said that short-term funding conditions have improved on the back of the central bank’s injections of cash into the financial system, prompting policy makers to reduce the frequency of term repurchase operations to once a week and its purchases of so-called bankers’ acceptances to twice a week. 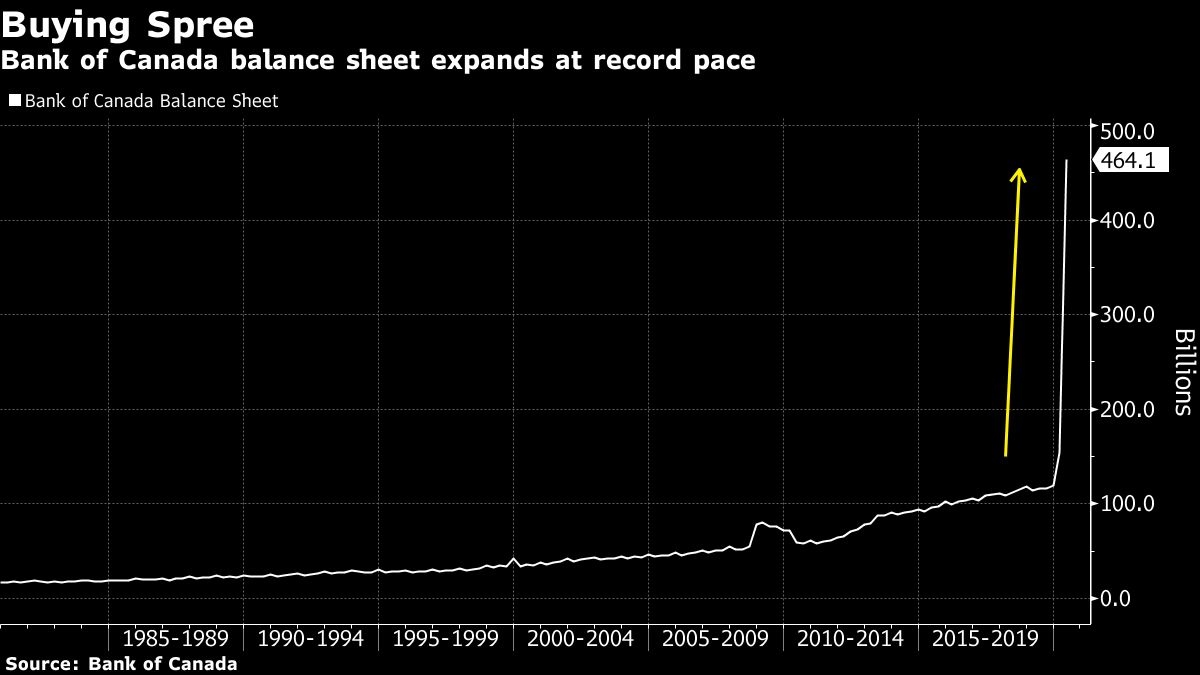 “The Bank’s programs to improve market function are having their intended effect,” according to the statement.

The Bank of Canada has taken extraordinary steps since the pandemic: It cut its benchmark interest rate by 150 basis points to near zero and introduced a series of programs to inject hundreds of billions of cash into the economy. That includes its first ever large scale asset purchase program to buy government and corporate debt.

But it now seems to be done with some temporary market operations, saying it’s shifting from easing credit strains to supporting the economy with stimulus.

That may open the door to more technical adjustments -- such as yield curve control or forward guidance -- though the bank didn’t specify. It did however reiterate its commitment to continue buying government bonds until the recovery “is well underway.”

“As market function improves and containment restrictions ease, the Bank’s focus will shift to supporting the resumption of growth in output and employment,” it said, reiterating its ability to change the size and scope of these programs if needed. Any further policy actions from the bank will be targeted at maintaining the 2 per cent inflation target, the bank said.

Policy makers will shed more light on Wednesday’s decision with the release of the Economic Progress Report delivered by Deputy Governor Toni Gravelle on Thursday.

Do you agree with the Bank of Canada that the COVID-19 impact has peaked?