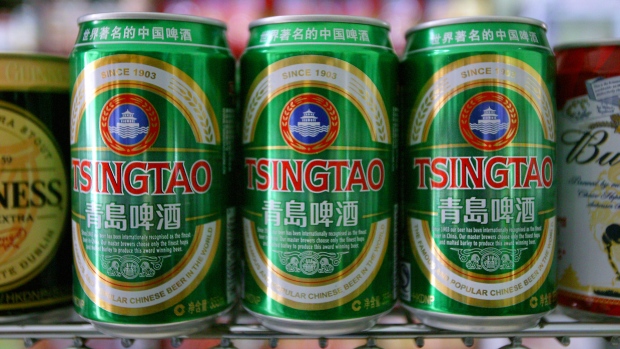 Cans of Tsingtao beer, manufactured by Tsingtao Brewery Co. Ltd., are displayed at a food market in Beijing, China, on Thursday, April, 19, 2007. , Bloomberg

Beer drinkers in China -- and in Chinese restaurants around the globe that sell brands like Tsingtao -- may end up bearing the cost of a trade probe that’s shaking the barley market.

Prices of high-grade barley used to produce malt to make beer and whiskey will probably rise by 20 percent this year in China, Allen Cheng, an equity analyst with Morningstar Inc., said in an interview last week, citing discussions with executives at major brewers in the world’s largest beer market.

“Barley prices started moving up in the fourth quarter last year and an at least double-digit increase is forecast in following quarters,” Cheng said by phone, citing reasons including global trade tensions and tightening supplies as a result of the country’s probe into imports of barley from Australia.

Barley is the latest example after soybeans and corn of a commodity where trade flows are being roiled by global tensions. China’s imports fell to the smallest in nearly five years in November as the country deepened a probe into Australian supplies. Growers in Canada, who would normally benefit from an investigation of their top rival, could end up suffering from their own tensions with China over the arrest of the chief financial officer of Huawei Technologies Co. 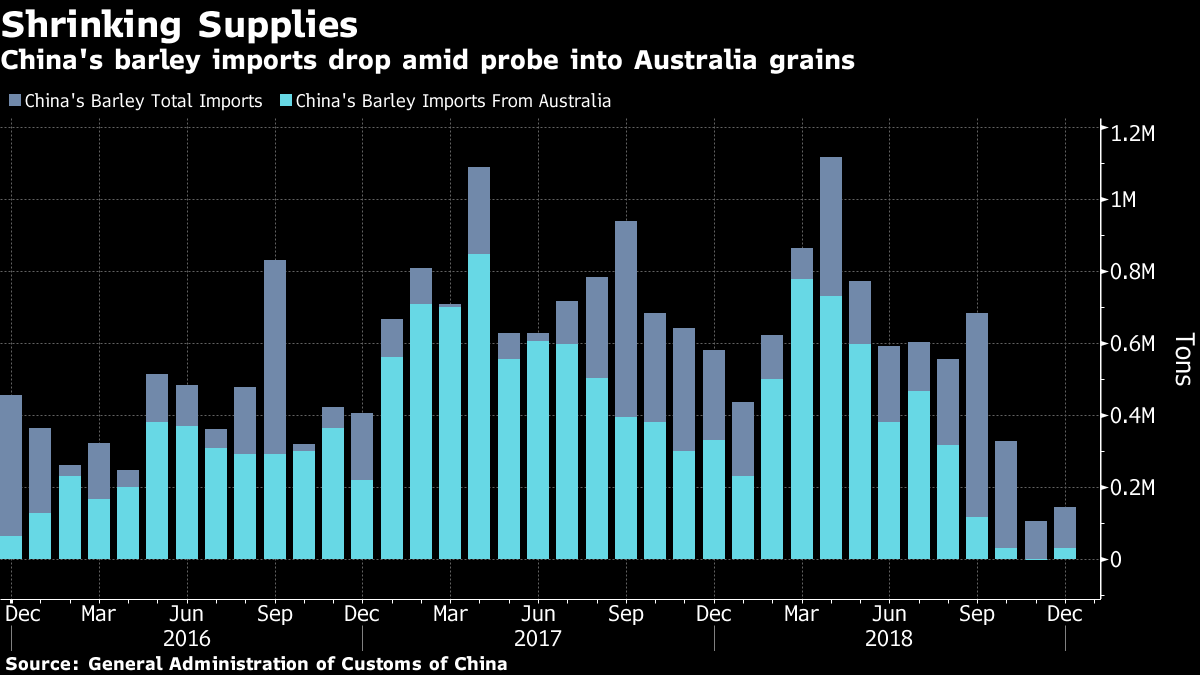 Sales of Australian barley to China slowed because of the probe with fewer contracts for new orders, according to Tony Russell, the executive manager at the Grains Industry Market Access Forum, which represents the industry and works with the government in Australia. China purchased about US$1 billion worth of the commodity from Australia in 2018.

Still, cost pressures from higher barley prices may have limited impact on production and sales at Chinese beermakers in the first half, Cheng said. Buying barley accounts for about 15 per cent of total output costs, and brewers have enough supply to last for the next three to six months.

China Resources Beer Holdings Co., Tsingtao Brewery Co. and Beijing Yanjing Brewery Co. are among the top beermakers. They raised prices last year due to higher raw material and labor costs. Producers are confident that they could keep passing on rising costs to consumers as beer prices are still relatively cheap in the country, according to Cheng.