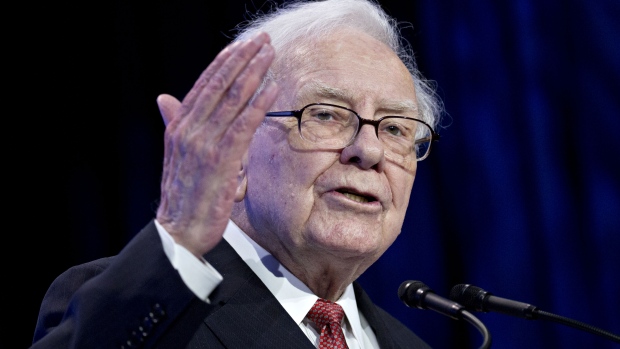 Warren Buffett bet his own money more than two years ago on the real estate empire that was spun out of Sears Holdings Corp. Now, his Berkshire Hathaway Inc. is helping finance the business.

Berkshire agreed to provide a US$2 billion loan to Seritage Growth Properties, the real estate investment trust owns Sears stores, as well as properties the department-store chain has vacated. Seritage is using a portion of the money to refinance debt, while adding to capital. Buffett bought 2 million shares in December 2015 that are valued at about US$85 million.

“I think he’s expressing confidence in their future profitability and growth,” said David Kass, a professor of finance at the University of Maryland’s Robert H. Smith School of Business. Seritage gets “the Warren Buffett seal of approval.”

Seritage was formed as part of Edward Lampert’s efforts to turn around struggling retailer Sears and now owns 249 properties across the U.S. It will pay an annual rate of 7 per cent on funds drawn under the loan agreement, plus a 1 per cent annual fee on money not yet tapped, according to the statement. The loan facility with Berkshire Hathaway Life Insurance Co. of Nebraska matures in 2023.

“This new financing is a transformational step in the evolution of our company, which we started three years ago, and positions us to further accelerate our role as a leading retail and mixed-use developer across the country,” Seritage Chief Executive Officer Benjamin Schall said in the statement.

Seritage used to focus mainly on properties occupied by Sears. But that has changed as the department store chain shrank. In June, Seritage said Sears Holdings is on track to eventually account for less than 35 per cent of contractual rental income by the end of this year, down from 80 per cent when the business began.