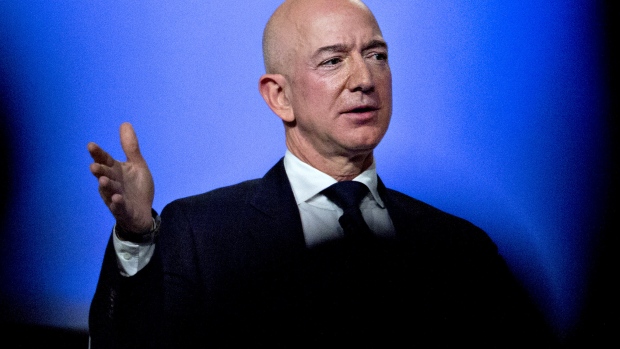 In retrospect, the helipad was probably a bad idea.

The proposed transportation hub for senior Amazon executives was supposed to sit atop one of the company’s gleaming new skyscrapers along the East River, part of its planned second headquarters in Queens, New York. But the image of Amazon Chief Executive Officer Jeff Bezos and his well-heeled lieutenants bypassing the city’s congested subway system grated even on proponents of the deal. It also handed political opponents a convenient catch phrase—“Stay the helipad out!”

On Thursday morning, Amazon.com Inc. decided to do just that, scotching a deal that would have brought 25,000 high-paying jobs over 10 years to New York, in exchange for close to US$3 billion in tax breaks and subsidies. “After much thought and deliberation, we’ve decided not to move forward with our plans to build a headquarters for Amazon in Long Island City, Queens,” Amazon announced on its corporate blog. “We are disappointed to have reached this conclusion.”

Bezos and colleagues, along with New York Governor Andrew Cuomo and New York Mayor Bill de Blasio, the primary backers of the deal, will now have to puzzle over how one of the most prominent development deals in recent history went wrong. According to urban policy experts and other observers of the fracas, there’s plenty of blame to go around: regional politicians who didn’t properly consult local interests, local officials who turned the debate into a national bully pulpit on unrelated issues such as the merits of facial recognition technology, and an economic development process that for decades has pitted U.S. city against city in a destructive battle to court the largest companies in the world.

NO HQ2 FOR NYC

And Amazon, too, is to blame. “For them to not have anticipated a political backlash to this kind of incentive package, when it sits right in the backyard of people like Alexandria Ocasio-Cortez, just shows complete incompetence,” says Richard Florida, an urban studies professor at the University of Toronto.

Amazon’s withdrawal is, by any measure, a catastrophic outcome to its extremely hyped search for a second headquarters, or HQ2. Bezos decided to conduct the search in September 2017, when Amazon was facing increasing animosity in its home town. Candidates in the Seattle mayoral election that year slammed the rapidly expanding company for contributing to soaring housing prices and homelessness, while the city council passed an income tax on residents making more than US$250,000 a year—a dart aimed right at Amazon executives. Other legislation, which Amazon bitterly fought: taxes on the city’s large businesses to fund homeless services and affordable housing.

For Bezos and other Amazon execs, the HQ2 search was partly a way to gauge public sentiment in each potential city, so they could avoid the problems they faced in Seattle, according to a person familiar with the process. Outside the company, as Amazon narrowed its list to 20 finalist cities in January 2018, there was a different reaction from corporate welfare opponents who saw the process as an effort to extract the biggest possible tax breaks. The optics were further tainted by the fact that during the process, Jeff Bezos became the wealthiest man in the world, by a lot, and Amazon’s market value touched (briefly) the magical threshold of US$1 trillion.

BNN Bloomberg's Amanda Lang discusses why Amazon CEO Jeff Bezos' accusation that the publisher of the National Enquirer tried to extort him should open up a broader discussion over privacy and the media.

Still, de Blasio and Cuomo were all smiles at a press conference last November, when they announced they had scored one-half of the prodigious HQ2 haul, along with northern Virginia, the other winning site. Cuomo predicted that Amazon would hire 40,000 workers within 25 years and that the city would reap as much as US$27.5 billion in tax revenue—a great return on a US$3 billion enticement. They had won the game, “doing what mayors and governors have done for time immemorial, which is to get companies to locate in their region,” says Margaret O’Mara, a professor at the University of Washington who has studied the history of Silicon Valley and other technology hubs.

The local opposition started to gather before the press conference even ended. Outside the event, huddled against the cold wind, a handful of local politicians criticized the “secretive grease-the-wheels process,” according to Jimmy Van Bramer, a city councilman who represents the district where Amazon would have located.

If the opposition was a surprise to Amazon, it shouldn’t have been. Last June, 28-year-old Democratic congressional candidate Alexandria Ocasio-Cortez defeated powerful incumbent Representative Joseph Crowley, running on a Bernie-flavored platform of Medicare expansion, government housing, and jobs guarantees. The progressive left was emboldened, and with political winds shifting, local officials feared being on the wrong side of the Amazon fight.

There was other relevant history that should have scared Amazon: New York has repeatedly stiffed the entreaties of another gigantic retailer, Walmart, which doesn’t have any stores in the five boroughs, despite repeated attempts over many decades. “I don't care if we are ever here,” a former Walmart CEO, Lee Scott, once said bitterly of New York, sounding a bit like a beaten-down Frank Sinatra. “I don't think it's worth the effort.”

Predictably, opposition got louder after Amazon announced its plans. Anti-Amazon activists were already well organized from Ocasio-Cortez’s campaign and armed with lists of constituent emails and telephone numbers. The New York tabloids sharpened their knives. “Queens Ransom” blared the cover of the New York Post, with an illustration of Bezos holding bags of cash and smiling villainously as he departed via the infamous helipad. 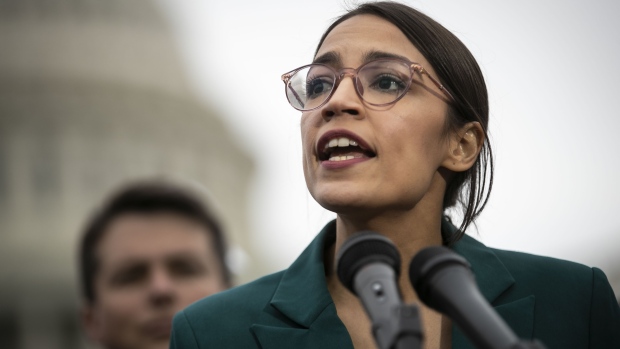 The company’s response was uncharacteristically feeble. It sent out flyers (“Happy New Year from your future neighbors at Amazon”) that promised career retraining for local residents and a donation of real estate for a new school for 600 students. And weeks after the initial announcement, it set up a community advisory council to interact with local officials and advocate for the deal.

It was also notable what Amazon did not do: bring out the big gun, Jeff Bezos himself, to give city politicians the attention they often feel entitled to. Instead, his chief deputy, Jeff Wilke, called local officials to wish them Happy Thanksgiving, while policy and real estate executives represented the company at the increasingly fractious public hearings.

Polls showed strong support for Amazon in Long Island City. Residents backed the deal 58 percent to 35 percent, according to a poll conducted in early February by Siena College. But opponents had leverage: The subsidy package, or part of it, required the authorization of the state’s three-member Public Authorities Control Board; a major critic of the project, Queens State Senator Michael Gianaris, was nominated to the board. Critics were also raising issues, emphatically, on TV and online, that Amazon would rather not address, such as the company’s opposition to unions in its fulfillment centers and its sale of facial recognition technology to government agencies like ICE.

None of this surprised longtime observers of New York politics. But Amazon, it seems, didn’t have the appetite for the protracted public battle, or the prospect that it could be scapegoated by every subway delay, pizza rat, traffic jam, or housing eviction in Queens from now to eternity.

“This was not even that a difficult a fight,” says Ester Fuchs, a Columbia University urban affairs professor. “I think it’s a misreading by Amazon of how politics works in New York.” Julie Samuels, executive director of Tech:NYC, a group that advocates for tech-friendly urban policies, says “culturally, the problem was they were not equipped for people to not be excited. They had no tools in place for that.”

And so Bezos went full Snake Plissken and escaped from New York. Cities such as Newark, N.J., are trying to win Amazon’s favor. But the company said in its blog post that it will stick with northern Virginia and a smaller office planned for Nashville.

It’s a typical Bezos power play—belligerently confronting opposition he views as unfair or unjust. He did it in Texas back in 2011, when he threatened to close a fulfillment center in the face of a US$269 million bill for uncollected state taxes. (The state caved.) He also did it last week, when he called out the National Enquirer in a blog post for threatening to publish personal photos if he didn’t suspend an inquiry into the tabloid paper. (The paper and its parent company denied the charge of extortion.)

Now, New York and some of its politicians are feeling the brunt of Bezos’s ire. In their quieter moments, they may also be counting all the jobs and tax revenues that could have been. —With Spencer Soper, Caleb Melby, Noah Buhayar, and Matt Day