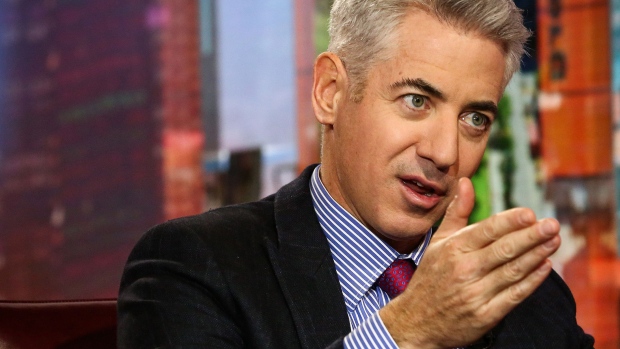 Activist investor Bill Ackman said he has made a “recovery bet” on the economy, investing US$2.5 billion in equities, including upping his positions in several of his portfolio companies and reinvesting in others like Starbucks Corp.

The billionaire investor said he has taken off all the hedges that he put in place for his Pershing Square Capital Management, through shorts in the credit market. Those hedges were put in place to offset the effects of the coronavirus, he said.

Ackman said his hedge fund has used the proceeds to reinvest over the past 10 to 12 days in several of his portfolio companies, including Lowe’s Cos., Hilton Worldwide Holdings Inc. and Warren Buffett’s Berkshire Hathaway Inc.

“That’s about the most bullish thing we’ve done,” he said in a Bloomberg TV interview. “We are all long. No shorts, you know, betting on the country.”

Ackman has called for a federally mandated nationwide shutdown over the next 30 days rather than letting individual states implement their own measures for tackling the coronavirus pandemic. He reiterated that call Monday and urged for increased testing for the virus across the country.

“I built a lot of confidence over the last week that the president and his team are heading in the right direction,” Ackman said, adding that he had no “inside knowledge” of what the federal government will do next.

One portfolio business he wasn’t able to increase his position in was Chipotle Mexican Grill Inc., which he said was trading at “crazy” prices. He said Chipotle is one of the businesses that stands to gain from the current crisis as people turn to delivery apps amid self-quarantine orders across the country.

He said the sell-off on companies such as Hilton have been overdone. Pershing Square is looking at the cash flow of companies, like Hilton, which don’t carry a lot of debt, and discounting their earnings over the next 12 to 18 months. He said that shaves about 5 per cent off their value, not 50 per cent.

Others, like Boeing Co., will need support to get through the current turbulence, either through government aid or the private sector, from someone such as Buffett, according to Ackman.

“If Buffett will do it, I don’t think the Treasury secretary should,” he said.