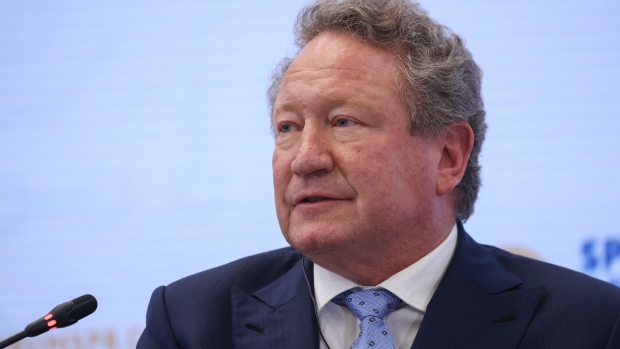 Wyloo’s proposal at $1.10 per share trumps BHP’s bid of $0.75, which currently has the support of the Noront board. Earlier, BHP said it had been unable to win backing from Wyloo -- already a major shareholder in the Canadian company -- for its offer. Wyloo’s latest offer is nearly 60 per cent above the $0.70 per share proposal it made back in August.

Mining heavyweights are racing to control more supplies of raw materials that are key to transitioning to low-carbon energy sources, with nickel one of the key metals used in lithium-ion batteries for electric vehicles. BHP and Wyloo have been in a bidding war since August to gain access to Noront’s high-grade Canadian nickel deposits in a largely untapped region of northern Ontario dubbed the Ring of Fire.

The revised offer “continues to provide those shareholders who believe in the long-term potential of Noront with the opportunity to participate in Noront’s continued growth by remaining as shareholders,” Wyloo said in a statement. Forrest’s company, which holds a stake of about 37 per cent in Noront, said it was confident of being able to submit a formal offer given its terms “are clearly financially superior.”

Wyloo said it would not support any alternative offers for Noront and, without its support, “a competing plan of arrangement cannot be successful.” BHP has previously said its offer doesn’t require the support of Wyloo to proceed.

The deal values Noront at $617 million (US$430 million), according to Bloomberg calculations based on shares outstanding. It currently has a market capitalization of about $409 million.

Forrest, chairman and founder of iron ore producer Fortescue Metals Group Ltd., plans to lead a new board of directors at Noront if the takeover approach is successful.

Wyloo has engaged Maxit Capital LP as its financial advisor.