Raptors, Bucks and their Canadian bank sponsors to square off

It took four bounces, but the Toronto Raptors are headed to the NBA Eastern Conference final, setting up a head-to-head match-up between two of Canada’s major banks.

Kawhi Leonard’s epic buzzer-beater punched the Raptors’ ticket for a series with the Milwaukee Bucks and their primary banking sponsor, the Bank of Montreal.

The Raptors’ banking associations are fairly obvious. The team plays out of Scotiabank Arena, boasts the bank’s Tangerine subsidiary as its official banking partner, and has Sun Life Financial’s logo emblazoned on its jerseys.

But what does the Bank of Montreal have to do with Milwaukee?

“If you didn’t know any better and you were an American living in the upper Midwest, you would think BMO is an American bank,” Jeff Weniger, director of asset allocation at WisdomTree Asset Management, told BNN Bloomberg on Monday.

“I think a lot of Canadians realize that BMO has that presence in Chicago, but it also put BMO on the map in Milwaukee and the sponsorships all around those two cities are huge.”

BMO’s Midwest roots run deep, especially in Milwaukee, in part due to the bank’s 2010 acquisition of Marshall & Ilsley Corp., an institution in the city dating back 172 years.

The bank has also sunk considerable capital into corporate sports partnerships across the Midwest, serving as official sponsor for the Chicago Bulls and the NHL’s Chicago Blackhawks, Minnesota Wild and St. Louis Blues.

In fact, should the Blues prevail in their ongoing Western Conference final series against the San Jose Sharks, it could set up a Stanley Cup face-off for the Canadian banks, as Toronto-Dominion Bank serves as an official partner of the Eastern Conference-final-leading Boston Bruins and its home, TD Garden.

The money to be had through deep playoff runs can be calculated on a few fronts. There’s the obvious ticketing and merchandise sales for the teams to consider, but also spending at local hotels and bars. Corporate sponsors get more visibility on their branded properties and the players get to build up their profiles as potential brand spokespeople.

Everyone, from the Raptors and Bucks to Scotiabank and BMO, all the way down the line to the Raptors’ noted “fun guy” Leonard stand to profit.

Scotiabank is especially hoping the Raptors can make the most of the massive $800 million naming-rights deal it inked in 2017 by seeing as many playoff games on home court as possible.

“Everyone went after the naming rights title [to the former Air Canada Centre],” Brian Cooper, president and CEO of MKTG Canada and a former vice-president at Maple Leaf Sports & Entertainment, told BNN Bloomberg last month. “It’s the epicentre of the financial sector of this country. Some of them that lost out may deny it, but I know for a fact … now that it’s all said and done, everyone was in on it. It was hard-fought.”

Cooper added that buddying up with professional teams and slapping logos onto arenas is actually savvy business for the companies that have the money to afford it, since it’s advertising that can’t be sidestepped by the consumer.

“Thirty-second spots you can plow through on TV and skip them. Print ads? You can skip those as well and they don’t have as much of an impact,” Cooper said.

“With sponsorship, you’re engaging with the consumer… Sponsorship works.” 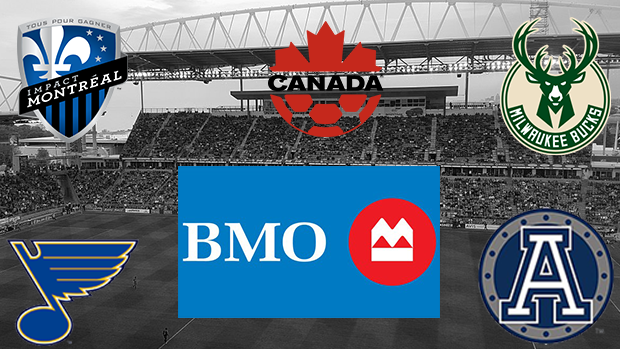 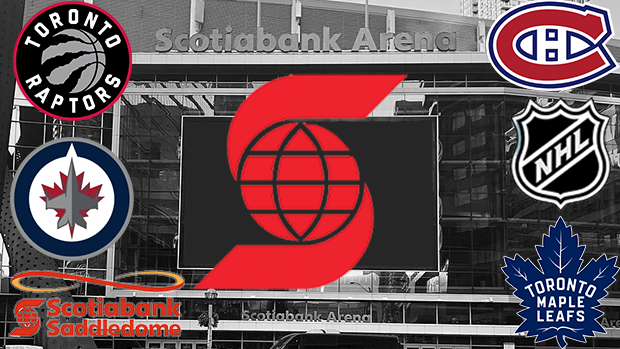