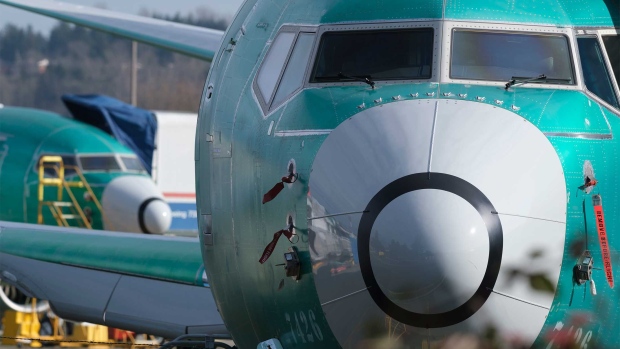 Boeing Co. has received more than US$12 billion of orders for a loan that will help bolster the planemaker’s finances as it grapples with a crisis that’s left its 737 Max grounded since March, according to people familiar with the matter.

The deal may be finalized as soon as Monday, said one of the people who asked not to be named because the information is private. The size of the loan is still to be determined, another person said.

The loan is expected to have a margin of 100 basis points over the London interbank offered rate and a ticking fee of 9 basis points, as previously reported by Bloomberg News. It will also have a 5 basis points upfront fee, the people said.

Citigroup Inc. is leading the financing, which was initially marketed at a size of US$10 billion with a two-year delayed-draw term loan structure with potential to grow.

The extra commitments from lenders show a vote of confidence by banks in Boeing, one of the people said.

CNBC reported earlier on Monday that Boeing had secured more than US$12 billion in financing from more than a dozen banks, citing unidentified people familiar with the matter.

A representative for Citi declined to comment. A spokesperson for Boeing didn’t immediately respond to a request for comment.