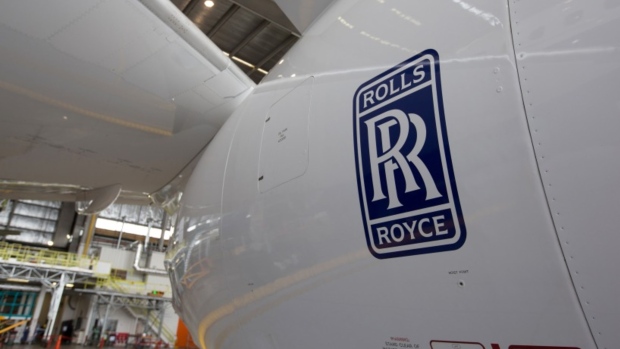 Rolls Royce-Holdings Plc said it’s swapping out more than 30 Boeing Co. 787 engines amid concern they could suffer a power surge that might lead to shut down mid flight. The stock fell the most in four-and-a-half-months.

Concern is focused on 787-8 Dreamliners where both Trent 1000 turbines have accrued a high number of flights or operating hours, according to the European Union Aviation Safety Agency, which issued an airworthiness directive Friday ordering such engines to be “de-paired.”

A Rolls-Royce spokeswoman said five operators are impacted and around four per cent of the total fleet of 787 engines, with nine planes still requiring attention. Trent 1000 design glitches have plagued Rolls since 2016, with cash costs for in-service work on the engines now expected to amount to 2.4 billion pounds (US$3.1 billion) through 2023, according to a November update.

“The Trent 1000 program has been like whack-a-mole for Rolls-Royce,” said Nick Cunningham, an analyst at Agency Partners in London. “They address one problem and another one crops up. The latest AD from EASA suggests that the risks for the Trent 1000 are more on the downside than on the upside. They may have to provision for higher costs when they report earnings.”

Rolls-Royce said in November it was aiming for fewer than 10 aircraft on the ground for modifications by the end of the second quarter. It said it expected costs of up to 550 million pounds in 2020 to deal with the issue.