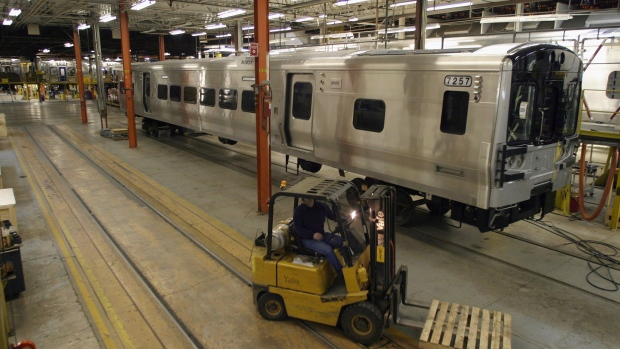 A commuter rail car is shown under construction at the Bombardier Transport plant in La Pocatière Que. in this 2003 file photo. , The Canadian Press

The deal, valued at about 585 million Euro (US$620 million), is the exercise of an option under a 2010 contract with SNCF to provide up to 860 double deck trains to the French Regions.

"This is the first order for the newly designed Premium version of our OMNEO double deck platform," said Laurent Bouyer, president of Bombardier Transportation in France.

The new premium OMNEO double deck version has about 100 additional seats  and will be rolled out in Normandy by the end of 2019, Bombardier said.

The French regions have ordered a total of 253 trains of the OMNEO product under the 2010 contract and the last train will be delivered in early 2021.