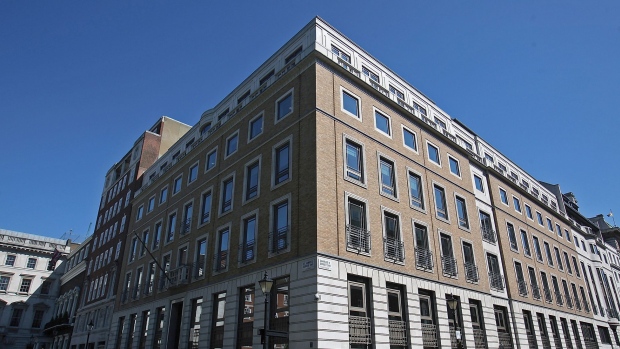 The headquarters of BP Plc stand in St James's Square in London, U.K., on Thursday, June 3, 2010. BP Plc, struggling to control its gushing oil well in the Gulf of Mexico, should suspend its annual dividend until cleanup and liability costs are determined, two U.S. senators said. Photographer: Bloomberg/Bloomberg , Photographer: Bloomberg/Bloomberg

BP Plc is nearing a deal to sell its London headquarters to a firm controlled by Thomas Lau, brother of Hong Kong property billionaire Joseph Lau.

The oil giant is in advanced talks to sell the office building in historic St. James’s Square to a company backed by Lifestyle International Holdings Ltd., according to people with knowledge of the matter. The Hong Kong department store operator has offered about 235 million pounds (US$305 million) for the property, said the people, who asked not to be identified because the process is private.

The deal would be the first big real estate acquisition in the U.K. for Lifestyle International, whose chairman and largest shareholder is Thomas Lau. His brother Joseph is already a major investor in London property through his development company Chinese Estates Holdings Ltd.

BP plans to cut 10,000 jobs amid the slump in oil prices and transition to cleaner energy, with staff in office-based jobs and those holding senior roles most affected. The company is also moving to a mixture of home and office working as it adapts to the impact of the pandemic, according to the Sunday Times newspaper, which reported the start of the sales process in August.

About 500 people are housed in the St. James’s Square office, including the board and executive management, according to BP’s website. The building has about 120,000 square feet (11,148 square meters) of space, according to real estate data provider EGi.

Some of the U.K.’s largest companies are planning to reduce the amount of office space they rent following the coronavirus crisis. Capita Plc is vacating an office in London’s West End. Deloitte plans to close four of its 50 U.K. offices, according to the Financial Times.

Still, large companies from Netflix Inc. to Morgan Stanley are in the process of undertaking big office moves in London that show demand for the biggest and best buildings is recovering from lockdown lows. W.R. Berkley Corp. has kicked off the sale of its 36-story London headquarters named The Scalpel in the city’s financial district, and asset manager DWS Group has put a 145 million-pound office complex up for sale.

Lifestyle International operates some of Hong Kong’s best known retail outlets including the Sogo store. The company also owns most of the buildings from which its stores operate.

--With assistance from Laura Hurst and Shawna Kwan.