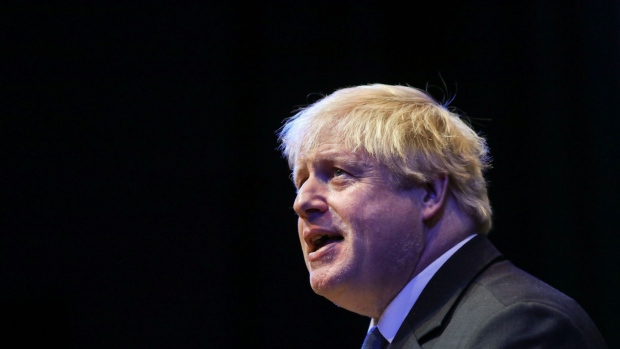 Britain will get its new prime minister by July 26, under a schedule published by the governing Conservative Party that is designed to speed up the process of electing a new leader.

Theresa May is due to submit her resignation as Conservative Leader on June 7, though she’ll stay on as prime minister until her successor is elected. With the party in turmoil about Brexit, multiple members of Parliament have seen their chance. At the start of Tuesday, 13 MPs had declared they were running, and others were waiting in the wings.

Faced with the prospect of the contest dragging on for months at a time of national crisis, a meeting of the executive of the rank-and-file Conservative MPs’ 1922 Committee decided to raise the bar for entry and accelerate the voting process. Two candidates, James Cleverly and Kit Malthouse, dropped out in the course of the day.

The first hustings of the election was held behind closed doors in Parliament on Tuesday evening, as four of the candidates -- Sajid Javid, Rory Stewart, Boris Johnson and Andrea Leadsom -- addressed the “One Nation” caucus of Conservatives, who want the party to focus on unifying issues of social policy, rather then Brexit.

She said Johnson, the front-runner, “did not want a no-deal Brexit,” but thought the country had to prepare for one.

Morgan said he’d told the room that if the U.K. delayed its departure from the European Union past Oct. 31, the current deadline, “the relevance of the referendum starts to wane.” That is a comment that could come back to haunt him if Britain does end up seeking a further delay. His office didn’t deny he’d made it.

But Johnson has set his face against such a course. According to his office, he said the Conservatives would face “an existential crisis and will not be forgiven” if the country didn’t leave Oct. 31.

In an indication of the concerns that MPs in the room had about what a future prime minister might do, all were asked whether they would suspend Parliament to stop it from trying to block their Brexit plans. All four ruled the option out.

Javid, the Home Secretary, warned his colleagues against choosing “a leader who thinks the way to lead is to exploit divisions,” according to his office. Talking about the drubbing the Tories had received from Nigel Farage’s Brexit Party at last month’s election, he said: “We will not beat the Brexit Party by becoming the Brexit Party.”

There will be a further closed-door hustings from the One Nation group on Wednesday.

Voting among MPs is planned for June 13 and then June 18, 19 and 20. Candidates will need to get at least 16 votes to survive the first round, and 32 to survive the second. After that, the candidate with the fewest votes will be excluded in each round.