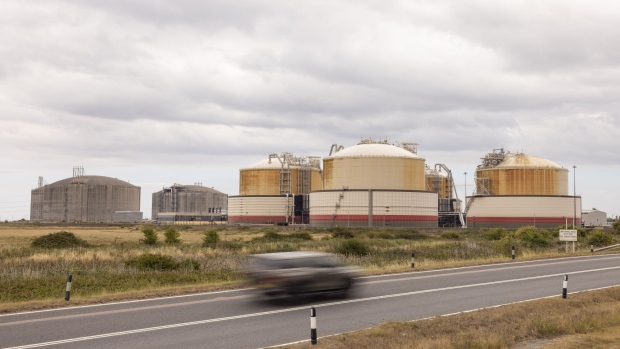 Energy-intensive businesses have criticized the UK government’s refusal to launch a public information campaign encouraging households to cut consumption, as the threat of winter blackouts looms.

National Grid Plc warned Thursday that some families could face three-hour power cuts if the UK is hit by particularly cold and still weather. The Grid is offering incentives for some domestic and corporate customers if they reduce their energy use at peak times in the coming months.

However, the government has rowed back from plans for a series of advertisements featuring energy-saving tips. A £15 million campaign was signed off by Business Secretary Jacob Rees-Mogg before being rejected by the Prime Minister’s office. The Times of London first reported the story.

“I still think an energy information campaign is probably the more efficient way to reduce demand in terms of energy stress,” Arjan Geveke, director of the Energy Intensive Users Group, told Bloomberg News, adding that the decision was “maybe an ideological point.”

“But most other countries in Europe are doing it for good reasons.”

Andrew Large from the Confederation of Paper Industries said Germany and France have launched energy-saving publicity programs. “We’re disappointed not to see an energy saving campaign” in the UK, he added.

Various systems are being rolled out across the continent to combat the threat of blackouts, after Russia’s invasion of Ukraine threw the energy market into turmoil. In France, a system called Ecowatt allows people to monitor forecasts for power supply in the days ahead, with three levels: green, orange and red. If the grid operator expects a critical situation, it will issue an alert the evening before.

The UK should make “a greater drive to encourage consumers and business to use less -- as we’re already seeing in EU countries,” said Simon Tucker, global head of energy at Infosys Consulting.

“There are no plans for the government to tell the public to reduce usage for the sake of our energy supplies,” a spokesperson for the UK’s Department for Business, Energy and Industrial Strategy said. “We are confident that the steps we are taking will protect security of electricity and gas supplies.”