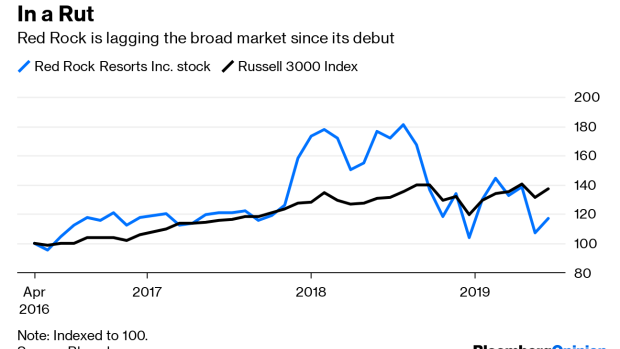 Calpers, the largest U.S. pension fund with roughly $360 billion in assets, sponsored a proposal at casino operator Red Rock Resorts Inc.’s annual meeting last week requiring that board nominees running unopposed receive approval from a majority of shareholders. The proposal is part of Calpers’s broader effort to bolster the diversity of corporate boards on the theory that more diversity translates into better investment returns.

Red Rock is an easy target because its five board members are all white men, but it’s far from the only one. Calpers has already contacted more than 700 other companies in the past two years about improving board diversity, according to Bloomberg News.

So far, there isn’t enough evidence to judge whether Calpers’s diversity campaign is likely to pay off, but the effort is noteworthy because it blends two distinct movements within social investing. One, socially responsible investing, or SRI, attempts to align investors’ portfolios with their values, even if those choices result in lower returns. The other, environmental, social and governance investing, or ESG, is more concerned with profits than principles. The strategy invests in companies with ESG-related policies that have historically been correlated with more stable or better-performing stocks.

The question is whether investors can do both simultaneously — that is, profitably mix their money and morals, a marriage of SRI and ESG. It’s an appealing proposal, particularly as it relates to board diversity. Equal opportunity is a widely shared value enshrined in employment laws and many other contexts. At the same time, it broadens the pool of talent and perspectives available to companies, which should allow them to assemble more skilled and thoughtful boards.

It’s not clear, however, how much influence a board has on its company’s business, and by extension, its stock. Boards are generally not involved in day-to-day operations, and many are mere rubber stamps for management, particularly when management controls the board. Roughly 35% of companies in the Russell 3000 Index, the largest 3,000 publicly traded U.S. companies by market value, have a CEO who is also chairman, according to data compiled by Bloomberg, including Red Rock.

And so far, there’s little evidence for or against the proposition that board diversity is better for investors, never mind the difficulty of isolating the effect of any one variable on a company’s stock. The available data relates to the gender diversity of corporate boards. I compared the percentage of women on the boards of 1,000 companies in the Russell 3000 a decade ago — the largest and oldest data set compiled by Bloomberg — with their stocks’ subsequent 10-year total returns. I found no correlation between diversity and investment returns (0.03).

There are also some recently available indexes that favor stocks of companies with more gender diversity in their upper ranks. The MSCI USA IMI Women's Leadership Index, for example, targets stocks of large and small public companies that lead “in terms of female representation in board and in leadership positions.” The index has returned 10.8% a year since inception in June 2016 through May, compared with 11.6% a year for the MSCI USA IMI Index, which tracks the broad market. The women’s leadership index was also roughly 20% more volatile during the period.

A similar index tracks large European companies, and its results are only slightly more promising. The MSCI Europe Women’s Leadership Index has returned 6% a year since June 2016 through May, compared with 5.8 percent for the MSCI Europe Index. The volatility of the two indexes was comparable.

While more data is needed, it makes intuitive sense that companies and their shareholders stand to gain from more diversity on boards and in management ranks. But one thing is certain: If the biggest U.S. pension fund succeeds in turning board diversity into investment gold, investors will be keen for more ways to profit from their values.

To contact the author of this story: Nir Kaissar at nkaissar1@bloomberg.net