Canadian home sales fell from a record in April as a resurgence of COVID-19 cases and lockdown measures slowed the country’s red hot housing market.

Canadian housing has climbed to records over the past year as record low interest rates and demand for bigger living arrangements drove more people into the market. In April, though, much of the country was contending with a vicious new wave of novel coronavirus infections that forced large parts of the country to impose new restrictions on activity. 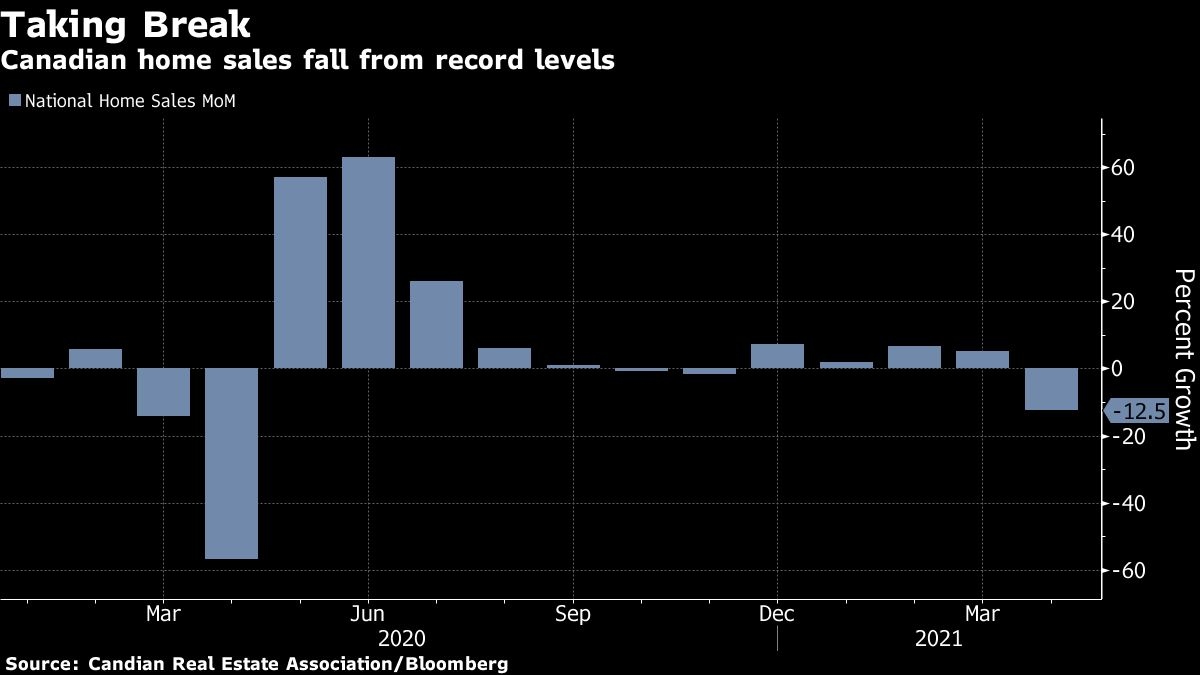 “While housing markets across Canada remain very active, there is growing evidence that some of the extreme imbalances of the last year are beginning to unwind, which is what everyone wants to see happen,” Cliff Stevenson, chair of the realtor group, said in the statement. “Many jurisdictions enacted fresh lockdowns, making it harder to get a clear read on the underlying levels of demand and supply.”

The drop in demand loosened market conditions somewhat. Canada had about two months worth of housing supply available, up from a record low 1.7 months in March, but still well above the long-term average of five months, according to the report.

Cooling off from records was also a theme in separate housing construction report out Monday. Canadian home starts fell 20 per cent in April, but remained at historically elevated levels, according to data released by Canada Mortgage and Housing Corporation.