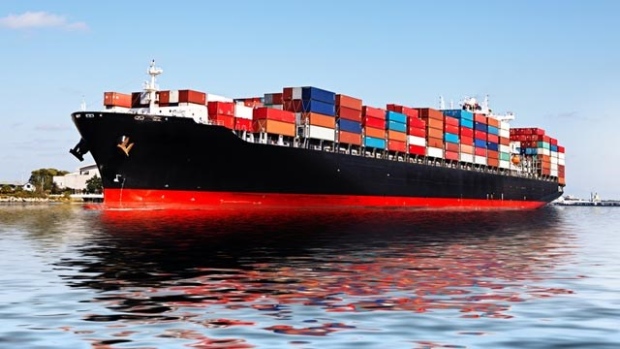 Shipping containers on a boat , The Canadian Press

Canada's trade deficit grew to $2.54 billion in November from $1.55 billion in October as imports posted their biggest surge in more than eight years and far outpaced the growth of exports, Statistics Canada said on Friday.

The deficit far exceeded the $1.20 billion shortfall estimated by analysts in a Reuters poll.

Imports rose by 5.8 per cent, the most since the 7.8-per-cent leap in July 2009, on gains for electronic and electrical equipment and parts, which were boosted by the introduction of new cellphone models.

Exports to the United States increased by 5.4 per cent, while imports grew by 6.5 per cent. As a result, the trade surplus with the United States, which accounted for 76.2 per cent of Canadian goods exported in November, slipped to $3.34 billion from $3.47 billion in October.