The country added 62,100 jobs in the month, Statistics Canada said Friday in Ottawa, triple the median forecast in a Bloomberg survey and down only modestly from the 83,600 gain in October. The unemployment rate unexpectedly dropped to 8.5 per cent, from 8.9 per cent previously.

Employment was relatively robust even as a new wave of COVID-19 cases forced local authorities to impose targeted restrictions on businesses to curb the spread. 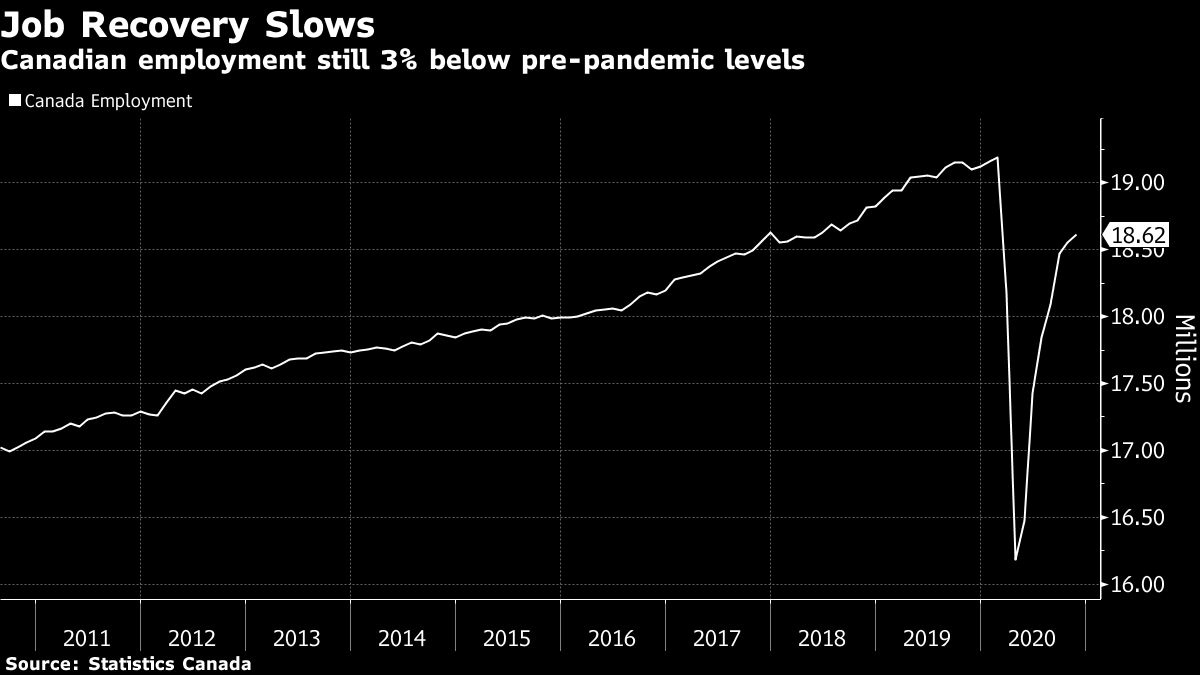 “Canada’s labour market was able to outrun Covid again,” Royce Mendes, an economist at Canadian Imperial Bank of Commerce, said in a report to investors.

Construction, wholesale and retail trade and the public sector led the increase. Employment fell the most in two industries -- accommodation and food services, and information, culture and recreation.

Hours worked rose 1.2 per cent in November, and are down five per cent since February. The labor market has recovered 81 per cent of the 3 million positions lost during March and April.

Economists were expecting a gain of 20,000 jobs in November, the median forecast in a Bloomberg survey.

Still, November’s gain was the slowest since the recovery began in May, and sharply below the average increase of 395,000 over the previous six months. A slowdown has been widely expected with the economy entering a prolonged recuperation phase that could take years to play out.