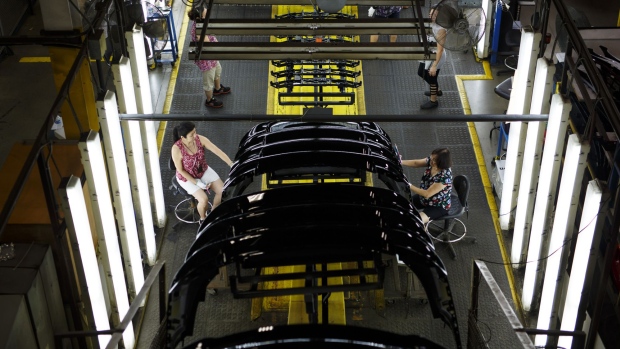 Canadian manufacturing sales unexpectedly sank in December, a disappointing end to an already weak year for the sector.

Factory shipments were down 0.7 per cent from November, the fourth straight monthly decline for the indicator, driven by a sharp drop in motor vehicle sales, Statistics Canada reported Tuesday in Ottawa. Economists had predicted sales would rebound by 0.7 per cent.

Economists had thought December would be a stronger month for factories, particularly after trade data showed a jump in exports in the month following the end to the CN Rail strike in November. The data, which also showed falling new orders, will reinforce expectations the Canadian economy stalled in the final quarter of 2019.

The weak December reading was driven by a 6.8-per-cent drop in motor vehicle shipments, along with a 16-per-cent decline in aerospace products. Sales were down in 11 of 21 industries, representing 43 per cent of the Canadian manufacturing sector.