Canadian Natural Resources Ltd. became the first oil and gas producer listed in Toronto to surpass $100 billion (US$79.3 billion) in market value, after rising 1.9 per cent to hit a new all-time high of $86.42 on Wednesday.

The Calgary-based oil producer led by billionaire oilman N. Murray Edwards is now the fourth most valuable publicly traded oil and gas producer on the continent behind only Exxon Mobil Corp., Chevron Corp. and ConocoPhillips. The stock is up 180 per cent since the beginning of 2021, propelling the company’s market value past Suncor Energy Inc., which was the most valuable Canadian oil producer, as well as major American competitors like Pioneer Natural Resources Co., even after adjusting for U.S. dollars.

“This company is one of the biggest global players and so it may garner more attention from international companies and should be compared to any of the top energy companies globally,” said Mark Rutherford, an analyst at Mawer Investment Management, which is invested in CNRL. 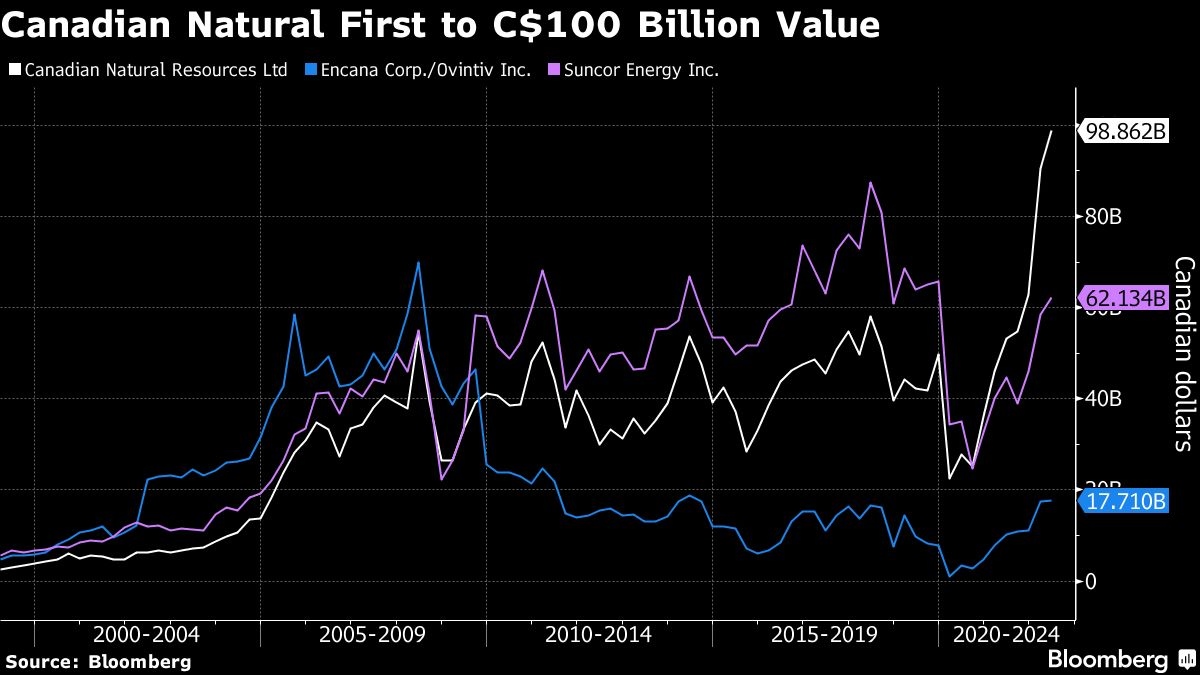 Shares of Canadian Natural, which pumps more than 1.2 million barrels of oil and gas per day, have been on a tear since March 2020 when the company surprised investors with a dividend boost. Analysts had expected the company to cut its payout the way its competitors did after oil prices crashed to -US$37 per barrel at the outset of the COVID-19 pandemic.

“In a cyclical business, when others have zigged, they’ve zagged,” said Bob Robotti, founder and chief investment officer of Robotti & Co. and a long-time Canadian Natural shareholder.

The next catalysts for the shares could include a stock split, Stifel FirstEnergy analyst Robert Fitzmartyn said, noting the company has previously split its shares twice in 18 months in the past. Canadian Natural is currently trading at an all-time high and its record-setting market capitalization should earn it more investor attention, he said. “It is indicative that this business is going to increase in stature at the global scale.”